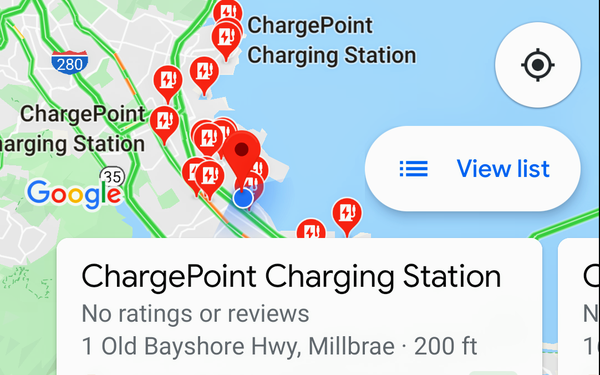 Google Maps added a new feature that allows drivers of electric cars to search for charging stations according to the plug types used.

The search provides an option to specify the exact plug type such as CHAdeMO, CCS, Type 2, or Tesla’s proprietary choices. The platform also has an electric vehicle settings option in the app settings.

Company data suggests that Google has invested “tens of billions of dollars” into its mapping platform, which is supported by thousands of engineers and map operators. It also remains one of the company’s largest investment areas.

In addition to Streetview and satellites, Android Auto, Waymo, and Waze are involved with the Maps project. There are billions of active users and 60 million local guides. Some 74 languages are supported worldwide.

Sebastian tells us in the report that Google Maps makes about 25 million daily updates, with 80% coming from local guides and the active users.

Sebastian estimates, through company feedback, that 99% of countries and territories are mapped, including 40 million miles of roads and more than 150 million places -- about 700,000 new places monthly.

Despite a lack of discussion about advertising in Maps, Sebastian believes the platform will become an important area of local and SMB advertising budgets.

It’s pretty simple to understand why. The important point to consider, Sebastian writes, is that an estimated 70 billion IoT devices worldwide will become available by 2025 -- all with location data to increase the use of the platform.

Autocomplete of search and addresses is one of the most popular Google Maps APIs -- e.g., start typing in business or address info in Maps. Indoor Maps are available for businesses on their own sites, not just in Google Maps