Hearts Are Broken And Mended In First GiftNow Campaign 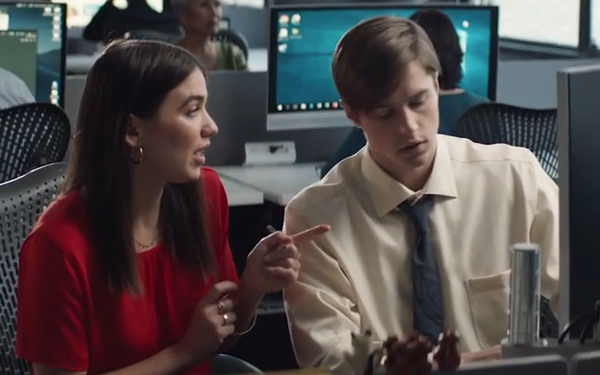 Virtual-gifting service GiftNow tugs at shoppers’ heartstrings with its first brand campaign, a will-they-or-won’t-they love story in which the right gift at the right time changes everything.

With GiftNow, people can send gifts from Kate Spade, Target, Uniqlo and other retailers, accompanied by photos of the items, to someone’s phone or computer before the gifts are actually shipped. Recipients can accept the gifts or exchange them for something they’d rather receive instead.

The “Gift Courageously” video depicts a budding office romance between a woman and newly hired male employee. They meet frequently at the office’s red coffee maker and become friends, but she ends up leaving the company for another job and a boyfriend.

The guy left behind grieves in her absence before deciding to send her a red coffee maker via GiftNow. The woman immediately exchanges the gift for a rolling suitcase of the same color -- and then shows up with it at the man’s apartment. (Cue tears.)

Having mainly relied on digital advertising placements until now, GiftNow wanted to tell a story that connects with the emotional benefit of being able to give the most thoughtful gift possible, according to Josh Lowman, owner and creative director at San Francisco-based Gold Front, the agency/production company behind the campaign.

“We started with the idea that GiftNow is the end of unwanted gifts,” Lowman tells Marketing Daily. “It solves a really big headache, which is people getting gifts and often they don’t like the gift, but now they’ve got homework. They’ve got to run across town or whatever.”

From there, the creative concept evolved to the idea of gifting courageously.

“The idea of the exchange was really important to our story, so we basically worked backward from what is the most dramatic way we could have a gift exchange be part of the story,” Lowman says.

A 2:05 version of the campaign video will appear on YouTube and other digital media.

The target audience for the campaign skews a little bit female, but includes men as well: people in their 20s to 40s who already have an interest in buying from places like Uniqlo, Target, Kate Spade and others.