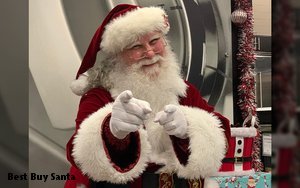 With one more weekend left before Christmas, retailers are pouring on the promotions, as the National Retail Federation predicts that 148 million Americans will shop this Super Saturday.

That makes it the biggest shopping day of the year, the trade group says, and this year’s turnout is expected to represent a significant increase from the 134.3 million last-minute souls who braved stores last year.

During the five-day Thanksgiving weekend, the NRF estimates that 189.6 million people shopped, either online or in stores.

The survey, conducted for the NRF by Prosper Insights & Analytics, finds that as of early this month, 86% had at least started their shopping, and an impressive 52% had finished.

Retailers know there is tremendous opportunity among people who have at least half of their shopping left, with 41% still deciding what to buy, 28% waiting for family and friends to tell them what they want, and 26% holding on for better deals.

Best Buy, for example, is letting customers know that they can use its website as late as 5 p.m. on Christmas Eve and still get gifts under the tree on time. And it’s using a “12 Days of Christmas” format to roll out deeper discounts on in-demand electronics.

Kohl’s is out to make last-minute shopping easier with free, in-store pick-up within two hours of online purchases. And it’s once again keeping doors open around the clock from 7 a.m. Friday, Dec. 20 through 6 p.m. on Christmas Eve.

And Macy’s, which is opening early and closing late as the holiday approaches, is offering incentives to tempt shoppers inside. Among them: The first 250 shoppers at each store get a $10 Macy’s Reward Card.