The single telecast ranking is, of course, led by Super Bowl LIII, with average viewers of 98.82 million, per Nielsen's NNTV Program Report for all broadcast and cable, year-to-date through Nov. 17. And the Super Bowl post-game show is No. 2, at 54.53 million.

Six other sports events are also in the top 10, with only two non-sports shows making the ranking: the Oscars and the finale episode of "The Big Bang Theory." 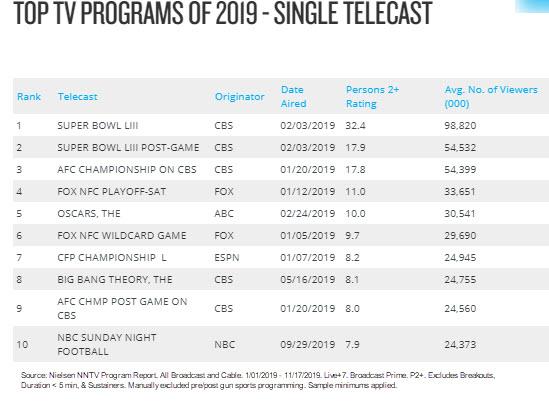 "NBC Sunday Night Football" leads the regularly scheduled top 10 list, followed by the final season of "The Big Bang Theory," "NCIS," and "Game of Thrones." "Young Sheldon," "This is Us" and "FBI" also made this ranking, so six of this top 10 are non-sports offerings. 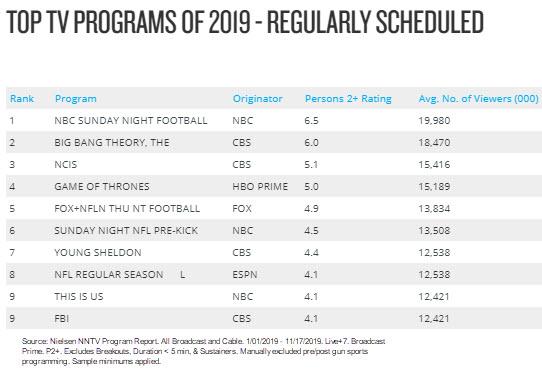