Beauty And The Bottle: Introducing The 'Crushie' Award For Craft Beer Marketing 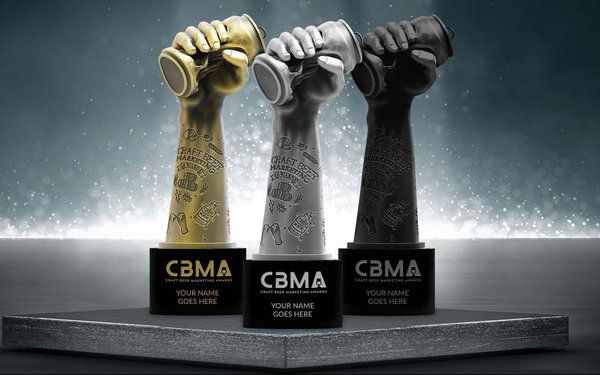 With almost 7,500 craft brewers out there, many with clever names, eye-catching labels — and a growing number of passionate drinkers — it wasn’t long before somebody would create a marketing award.

So now, get ready for the Crushies.

The first Craft Beer Marketing Awards will be handed out April 20 in San Antonio, where the Craft Brewers Conference will be held then as well.

The award shows an outstretched tattooed arm crushing a beer can, designed by the same firm that created the Emmy and MTV awards statues. The deadline for entering is Jan. 31.

There are plenty of beer-tasting competitions, but awards for creative and marketing seem to be wide open territories. What’s more, the craft beer industry is still growing, while the overall beer business fell 0.8% last year. Now, craft beer’s $27.6 billion revenue in 2018 made up almost a fourth of the total beer business revenue.

Jackie DiBella, who has been working in craft beer marketing for years, and Jim McCune, a designer who had previously worked for Blue Point, a craft brewer, developed the awards following a conference earlier this year. “We thought of it -- over beers,” DiBella says.

Though it’s craft beer labels and cans that would seem the focus, there are a slew of categories including awards for best tap handles, best retro design, best video, best merchandise, best taproom and best use of social media. Planners are also giving “people’s choice” awards determined by drinkers, not the judges.

The Crushies’ major sponsor is Hillebrand, the Germany-based freight logistics company that has a large presence in the beer, wine and spirits business.  “We’ve worked closely with brewers since 1984 and know that shelves and cities are flooded with an overwhelming number of craft beer options,” said Prabh Hans, Hillebrand’s vice president for business development and strategy, in a statement.

Discussing beer labels, Milton Glaser, the famed graphic designer who came up with the I Love New York graphic, once told The New York Times, “The one thing you don’t want to look like is Budweiser.”

“I guess the awards are a good idea,” he says. “There are only so many SKUs that fit on a shelf, so packaging and marketing sometimes becomes more important than beer itself.”