Critics' Verdict On 'Cats": One Of Worst Movies In Recent 'Memory' 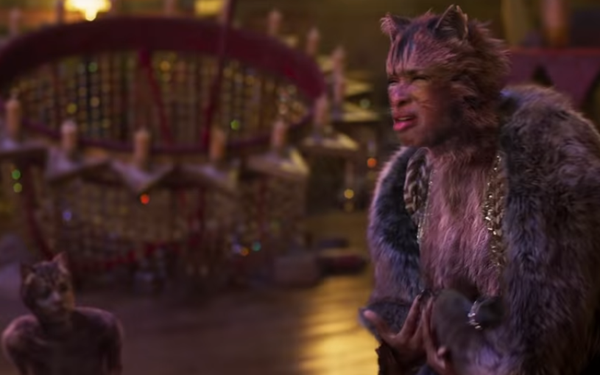 The film adaptation of Andrew Lloyd Webber’s hit play “Cats” is, as one Twitter entry says, “the worst thing to happen to cats since dogs.”  Critics have their claws out criticizing the movie, which was budgeted at $95 million.

Hitting the cinema heading into the heart of the Christmas movie-going season, the “Cats” anti-hype can’t be good news for Universal Studios or respected Oscar-winning director Tom Hooper (“The King’s Speech”).

“It’s tough to know when the kitscha-palooza called ‘Cats’ reached its zenith or its nadir, which are one and the same,” begins Manohla Dargis’s review in The New York Times.

She’s not alone. From coast to coast and overseas the reviews apparently are all not just negative but cleverly negative, given that with a title like “Cats,” writers’ pun-making apparatus got a thorough workout.

The weird trailers released earlier gave ample warning “Cats” was heading for trouble, and, as Variety notes,  critics have been  “effortlessly tearing the film to shreds” in reviews.

“There are moments in ‘Cats’ I would gladly pay to unsee, including baby mice with the faces of human girls and a chorus line of cockroach Rockettes. Anyone who takes small children to this movie is setting them up for winged-monkey levels of night terrors,” wrote the Boston Globe’s Ty Carr.

Only 19% of critics on movie aggregator Rotten Tomatoes had recommended the movie as of Thursday. That’s the kind of low mark that could cause some movie-goers to race to see it just because it is so bad.

“Don't get me wrong, you absolutely MUST see #Cats,” tweeted Laura Prudom, an editor for the entertainment news site IGN. “Get as drunk or high as possible, take a bunch of your friends, and embrace it for the pure, unbridled insanity it is. Truly, a more baffling film has never been committed to screen, and for that, I applaud it.”

“Nine may not be enough lives for some of the stars to live down their involvement in this poorly conceived and executed adaptation of Andrew Lloyd Webber’s hit musical,” the subhead on Variety.com reads.

In fact, the movie is loaded with stars, including Taylor Swift, Idris Elba, James Corden, Judi Dench and Jennifer Hudson.

But part of  the problem appears to be, as Dargis noted in her review, that “Cats” on a Broadway or London stage allowed theatergoers to have fun with the costumes and cat-like performers roaming the theater, while on film the actors and the story just seem ridiculous.

“The cats have human faces, save for a few delicate whiskers and just enough hair on their cheeks to qualify for a ‘Before’  ad for electrolysis," wrote Richard Roeper in the Chicago Sun-Times. “They have cat ears atop their heads that gently move as if battery-operated, long tails that wave about in distracting fashion, and fur covering their bodies — until we get to their human hands, complete with nail polish.”

movies
1 comment about "Critics' Verdict On 'Cats": One Of Worst Movies In Recent 'Memory'".
Check to receive email when comments are posted.
Next story loading