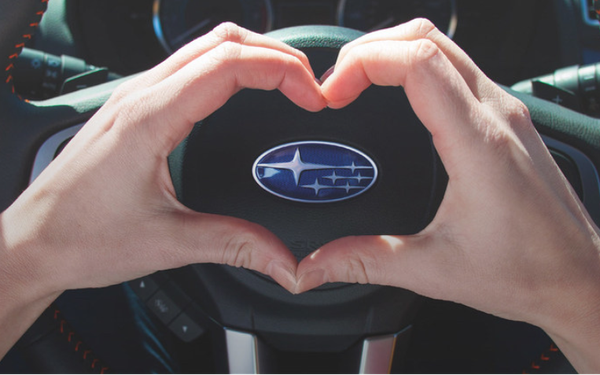 Multiple studies indicate that millennials and Gen Z want to do business with companies that demonstrate a sincere interest in corporate stewardship.

Consumers of all ages and demographics should appreciate all that Subaru of America has done and continues to do for the environment and other philanthropic interests.

The company recently released its inaugural Corporate Impact Report which details its efforts to address its environmental impact and to assist the communities where Subaru employees live, work and serve. The automaker also outlined its goal to make Subaru the best place to work.

"At Subaru, it is our responsibility to show love and respect to all who interact with us," said Thomas J. Doll, president and CEO of Subaru of America, in a release. ”This report is our first of many and will give us a place to measure our corporate responsibility progress year over year, as well as provide transparency to our stakeholders who can challenge us to grow.”

There’s a reason MediaPost chose Doll for its inaugural automotive marketer of the year award back in 2016. As we begin to consider the work that came out of 2019 for the most current awards, which will be presented in April at the New York International Auto Show, it's clear that other automakers have big shoes to fill.

The 2019 report contains just a sampling of Subaru’s corporate responsibility stories and reflects benchmark data through the end of the 2018 calendar year.

On an annual basis, the automaker plans to reflect on how it has upheld its commitment to live out the Subaru Love Promise and be the best version of Subaru.

Highlights from the inaugural report include being chosen as Kelley Blue Book's Most Trusted Brand for five years running and continuing to receive 100% on the Human Rights Campaign Equality Index year over year. Subaru employees participated in over 170 volunteer events, donating over 7,300 hours to serve their communities.

In its efforts to help the planet,  the automaker helped save 3.9 million quart bottle from the waste stream by the bulk oil and coolant programs. More than 4.5 million pounds were diverted from the landfill through a partnership with the National Park Foundation. In total, there was a 71% reduction per square foot of energy consumption at Subaru facilities over past 15 years.

In its efforts to help the community, $4 million has been invested in Camden, New Jersey charities since 2016 and $840,325 in grants donated to the Camden community. Nearly $153 million has been donated through Share the Love corporate and foundation giving over the past 11 years. Finally, there were 34,000 volunteer hours donated by Subaru employees over the past 11 years.

The automaker isn’t resting on its laurels. It plans to expand the returnable shipping container initiatives at its parts distribution centers by 133% and increase recycling rates at three national parks -- Yosemite, Grand Teton, and Denali -- by 15%. Subaru also plans to plant a half million trees in California regions impacted by wildfires over the next four years as part of the Forester Reforesting program.

The timing on this report couldn’t be better -- just in time for the holidays and year-end, when individuals often reflect on accomplishments and make resolutions for the new year. May Subaru succeed in all its goals, and may other automakers follow suit.