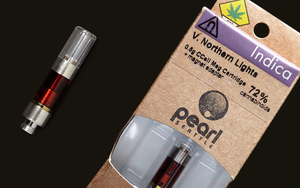 The Centers For Disease Control and Prevention’s notice last Friday that vitamin E acetate was found in 48 out of 51 lung-fluid samples from people with vaping-related ailments is a last-minute Christmas gift for regulated vape products.

After the CDC’s announcement last week, Massachusetts allowed the resumption of medical and recreational marijuana vape sales, three months after imposing a quarantine due to uncertainty about the cause of the countrywide lung ailments.

The CDC concludes that the introduction of vitamin E acetate into illicit THC vape products coincided with the timing of the illnesses.

Meanwhile, the patchwork quilt that is the market for CBD-infused products is getting more complicated in the walkup to the Food and Drug Administration’s anticipated preparation of a regulatory framework. As of Jan. 1, CBD and TCH will no longer be allowed in beer or other alcoholic beverages in the state of Oregon.

The Grocery Manufacturer’s Association has added its voice to the mix by issuing a report titled “The Urgent Need For CBD Clarity,” in which it cautions that confusion and lack of federal regulation threatens consumer safety and trust. “Smart, clearly articulated regulations are essential to providing consumers the information they need to make the best choices for themselves and their families,” the GMA said.

Officials in Oregon cited the FDA’s recent CBD update in their decision to keep CBD out of beverages containing alcohol starting in 2020, according to reporting by The Associated Press. The Nov. 25 update listed as potential CBD dangers liver injury, and “serious side effects” from the effect of CBD on the metabolizing of other drugs and combining CBD with alcohol and other central nervous system depressants.

In its recent report, the GMA results of a survey of approximately 2,000 U.S. adults ages 18+ showed that 92% either assumed CBD is federally regulated or did not know if it is. Among millennials, 84% assumed that CBD is regulated by some government body.

“The exploding CBD market is unprecedented, making government-as-usual unacceptable. Federal government regulation and oversight must move at the same pace as the rapidly expanding CBD market,” the GMA said in its report.

The need for regulation becomes clear given the number of mislabeled CBD products currently being sold despite the FDA’s lack of a regulatory framework and its health warnings.

According to independent review site Remedy Review, which regularly tests products containing cannabinoid, the majority of them contain less CBD than advertised.

Eight of 15 products tested by Remedy Review were mislabeled, having at least 20% less CBD than that stated on the label. One brand of gummies advertised as containing 16.7% CBD actually contained no CBD at all, according to Remedy Review’s executive editor, Marc Lewis.

Another company trying to fill the gap in consumer knowledge of legal, branded CBD and TCH products is Proper, whose panel of industry experts ("growers, extractors, budtenders and influencers," according to the Proper website) tests and rates products on a scale of 1-10 according to their ability to promote sleep, reduce pain, become energized and other qualities.

“For all of the buzz surrounding CBD tinctures, cannabinoid-packed pills and weedy beverages, the vast majority of the products themselves were lackluster at best in 2019,” Proper said in a recent report. “With the exception of a few standouts, most brands in these categories have a long way to go if they hope to win consumers after the initial buzz wears off.”