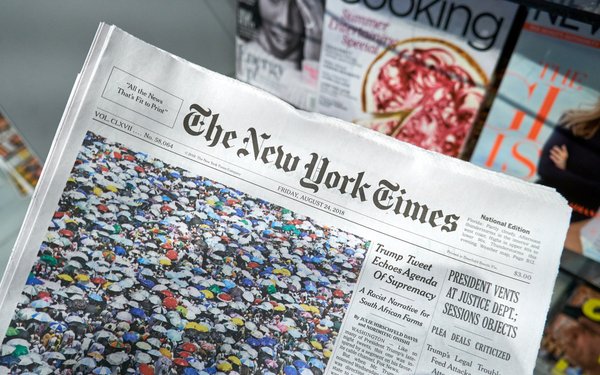 While details haven’t been released about the nature of the project, Delaney is set to lead.

Before landing at Quartz, Delaney had reported from Paris and San Francisco for TheWall Street Journal, where he also held the title of managing editor of the newspaper's website.

Delaney, who was Quartz’s founding EIC, stepped down from the role in October. He and cofounder Jay Lauf also gave up their co-CEO roles when fellow cofounder Zach Seward was promoted to that role during the same period.

Delaney continues to serve as an advisor at Quartz.

Last week, Quartz, which had been searching for a new EIC since Delaney’s departure, tapped former Barron’s EIC Katherine Bell to lead the outlet.

Bruenig joins The Times from The Washington Post, where she wrote about gender, family, class and faith. During her time at WaPo, she was nominated for a Pulitzer. She begins her new role in mid-January.