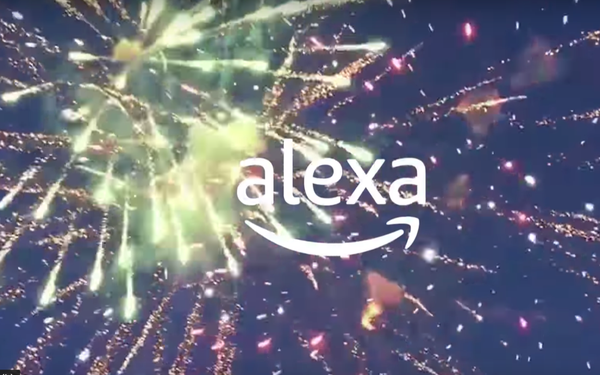 With the flurry of unwrapping and dropped pine needles behind us, it looks like Santa was indeed generous to retailers. Mastercard Spending Pulse says sales climbed 3.4% this holiday season, with online sales up 18.8%. And Amazon is crowing that it broke sales records, including those of Alexa-enabled devices.

Mastercard’s data, which covers the period from Nov. 1 through Dec. 24, includes a 1% rise in apparel sales and a 17% jump in online clothing transactions. Jewelry earned a 1.8% increase, with online sales advancing 8.8%. Electronics and appliances notched a 4.6% improvement, and the home furniture and furnishings category rose 1.3%.

Among the losers? Department stores, where overall performance dropped 1.8%, despite a 6.9% increase in their online sales.

Online purchases accounted for 14.6% of total sales, and that spurred another record performance from Amazon.

The Seattle-based giant says its customers shopped up a storm this season, with the number of Prime one-day and same-day deliveries quadrupling from last year. It also says Amazon devices had an especially good showing, with Echo Dot, Fire TV Stick with Alexa Voice Remote and Echo Show 5 among the most popular.

And the season broke records for Amazon’s independent third-party sellers, with those transactions gaining in the double digits and surpassing one billion items.

It also appears Amazon’s Prime advantage is growing. The company says more people tried Prime this holiday season than in any previous year, adding 5 million free trials or paid memberships in one week.