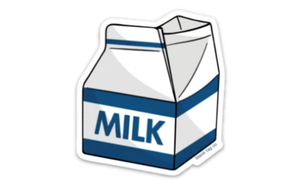 The good news for beleaguered dairy farmers entering 2020 is that milk prices are expected to rise, according to RaboResearch. The not-so-good news for the cow crowd is that consumers continue to have a plethora of alternate choices, with almond and highly filtered milk leading the way.

A plethora is not always a good thing.

“Nondairy milks may face a kind of oversupply stemming from the sheer number of alternative milk bases available. As such, vying for consumers’ attention will be increasingly difficult,” Madelyn Franz, research analyst at Mintel, wrote in a recent report.

“[Consumers’] interest in added nutritional benefits and incorporating plant-based proteins into their diets provide an opportunity for both dairy and nondairy brands to reposition or reformulate to recapture their potentially overstimulated audience.”

Although last month’s bankruptcy filing by Dean Foods, the country’s largest dairy milk bottler, caused shockwaves for those not associated with the everyday realities of dairy farming, that event really doesn’t reflect the bigger picture. According to the National Milk Producers Federation, about 400 million gallons of milk were sold, versus fewer than 100 million gallons of plant-based milk alternatives in the six weeks ending Sept. 8.

In his report, “Making Milk Cool Again,” RaboResearch senior dairy analyst Tom Bailey explained the commoditization of dairy milk by comparing it to bottled water, which for many people has replaced milk as a frequent beverage. Per-gallon pricing for milk and water are often quite similar.

“It is a staggering consideration that the price of water and milk are at times in the same ballpark,” Bailey wrote. “The value of milk has been lost in the minds of consumers.”

Citing studies showing that consumers who buy a gallon of milk tend to spend significantly more on their groceries than those who don’t, he notes that retailers have tactically positioned milk in the rear of most stores. “Retailers are justifying the loss-leader positioning for fluid milk because they know that milk draws consumers to the store. They are effectively selling milk below costs in order to gain foot traffic.”

All this adds to the challenge of promoting milk products’ value, given the cost of investing in production systems that address animal welfare and sustainability concerns, and the cost of packaging and shelf-life formats that provide functionality and convenience.

A September report from McKinsey & Company provides some cause for optimism, noting that 41% of dairy consumers reported having tried a new dairy brand in the past 12 months. Of that group, more than 70% continued to purchase the new brand after trying it.

According to McKinsey, millennials are the most open to try new products. In the past 12 months, 45% tried new dairy brands. “This openness is demonstrated by the rapid success of new products in categories like low-fat ice cream and high-protein yogurt that market themselves effectively, often leading with health-driven attributes,” notes the report.

beverages, food
1 comment about "Milk's Challenge: Differentiation Against A Commodity Backdrop".
Check to receive email when comments are posted.
Next story loading