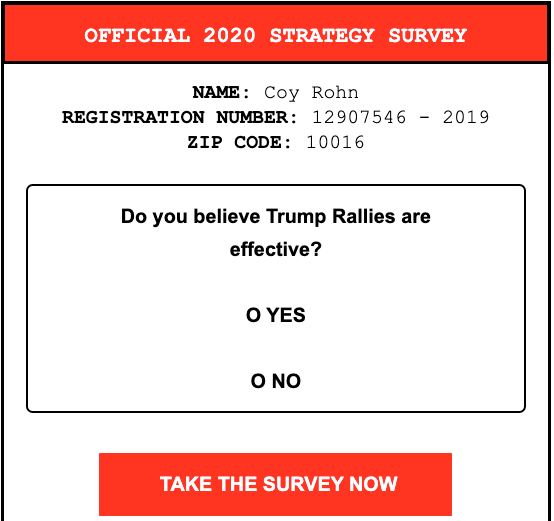 “I’m meeting with President Trump at the end of the week to go over our 2020 strategy,” Parscale writes, adding, “and he’s asked that I get the input of a few trusted Republican leaders, like YOU, before I put together the final memo that he’ll read.”