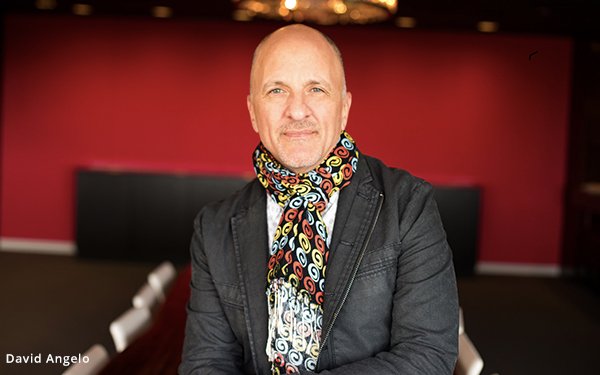 One month after David Angelo celebrated the 20th anniversary of his agency, David&Goliath (D&G), the founder/creative chairman chatted with MediaPost about creative challenges, 2020 predictions, and why bakeries should fear his personal New Year’s resolution.

“It gives me hope that our industry can go from one that just sells, which has been the crux of the ad industry, to one that shares and inspires,” says Angelo.

“The opportunity is to evolve what advertising is. And to stop creating ads that act like ads, but brand messaging that’s just as authentic as the product itself.”

Although he admits he has seen “trends come and go” during his 30+ year career, Angelo predicts 2020 will lean towards the micro-influencer, an increase in mobile ads, and perhaps more animated advertising, he says.

In addition, D&G will release one of its biggest projects, a Kia spot during this year’s Super Bowl. Although Angelo declines to discuss details, he confirms the ad will launch a new product and that the spot will continue to build on the car brand ethos of “Give It Everything.”

As Adland grapples with external and internal challenges, Angelo is firmly rooted in the side of optimism. “I’ve always believed that from challenge comes opportunity. And there’s plenty of it on the horizon.”

He “recognizes” the power for both brands and agencies to unearth their core values. “I see them both realizing the need to embrace their authentic truth and live it from the inside out.”

Angelo likes to believe that given the atmosphere of “excessive social chatter, challenges, darkness, negative commentary” — which he says puts us in a place of having to choose between this or that, or feel bad for not being something — the coming year will experience an avalanche of brands, people, influencers who can use their creativity and social consciousness to tip the balance from fear in the world toward love, he says. “And I believe that because we have access to our own platforms, we radiate messages of hope – I believe we owe the world that much,” he says.

He is generous with his admiration for work developed by rival agencies. Among his favorites over the past year, he particularly liked W+K/NAMI’s “Naughty Or” holiday PSA saying it “transcends all forms of advertising.” The simplicity and brilliance of the craft aside, the message was so much bigger than the creative execution – which was spot on, he explains. “It feels like it was written by someone who deeply understands the nature of the challenge for, the stereo-type of and the sensitivity concerning the plight of kids to.”

Other campaigns ranking high for Angelo include NY Times/Droga5’s “The Truth is Worth It” and Lacoste/BETC’s “Life is a Beautiful Sport.”

Angelo clearly has no plans to slow down. “At the core, I’m a creative,” he says. “I still get excited about creating possibilities, regardless of what they may be, or how challenging they may seem initially.” He adds, whether it’s creating an agency culture, a non-profit or writing a tagline - “you never stop creating, you never stop caring.”

Over the next 12 months, he intends to help D&G clients “challenge” the conventions of their category and achieve their respective goals, as well as work with more people who “genuinely care” about making the world a better place. I want to inspire an industry to do more and be more, he says.

Angelo’s personal goal is “to eat less bread. If I’m going to accomplish any of the above, I need to stay healthy," he quips.