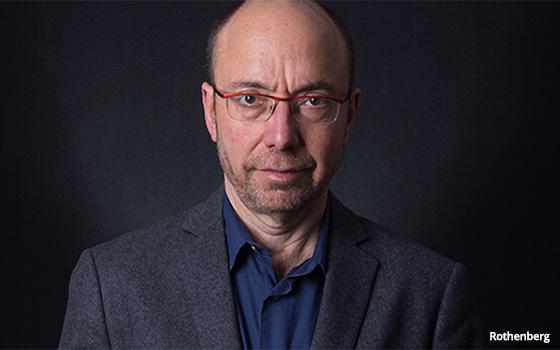 Going birdwatching in Central Park with his new 300-millimeter F4.0 Olympus Pro lens on an E-M1 camera body is one of the best recent experiences as a consumer that Interactive Advertising Bureau CEO Randall Rothenberg can recall.

“It’s about experiencing the joy of taking a shot of a bird that’s 300 feet away and making it look as beautiful and striking as if it was just 10 feet away,” he said. “To me that’s a real personal example of using technology like image stabilization that didn’t exist 10 years ago, bringing great personal joy into my life.”

The IAB ALM 2020 Leadership Summit focuses on what Rothenberg calls The New Alphabet of Consumer Experience, ranging from emerging devices and infrastructure to technology like artificial intelligence, and voice interactive, similar to the way over-the-top (OTT) media influenced and changed brand and consumer relationships.

The summit is about identifying leading trends and building out support for marketers and advertisers. This year, tracks will explore the next wave of disruptive technologies and the ways they transform consumer experiences such as 5G, AR, AI, AVOD, IOT, OTT, voice interaction, and more.

The idea is to identify trends that prepare marketers for the future -- to prepare marketers not just for the good side of technology, but the bad as well. “We can’t look at it just from the upside, but from the downside like what does this mean in terms of disinformation, fraud, supply chain, efficiencies and privacy,” Rothenberg said.

He described the “light side” as new forms of entertainment, content delivery, social connections, and literal and physical experiences. When 5G becomes pervasive, advertisers will have the ability to create virtual environments in real-life spaces.

These same technologies introduce opportunities for abuse, eroding true information and creating disinformation, and the potential for data breaches and privacy issues.

“I was in Washington the other day for a whole day of meeting with the staff of the House and the Senate committees who are writing the federal digital privacy legislation that we’re anticipating sometime this year, possibly next year, and the White House,” he said. “I told them to think about the internet as the factory of the new economy in the same way machines constituted the factory of the industrial economy in the mid-nineteenth century. No business, none, without reference to and reliance on the internet. The fuel of the internet is data.”

The internet doesn’t exist without the exchange of data, he says.

Rothenberg, who has been with the IAB off and on since 2007, had a vision 20 years ago that OTT would one day become a mainstream media based on an idea to use TiVo as an aggregation box to receive interest-based television content.

OTT has not only become a mainstream media in the past 10 years -- it also has become the fastest growth platform in television, Rothenberg said. “Seeds that were planted 10 years ago by Hulu, YouTube, Yahoo, Microsoft, and AOL are now a reality,” he said. “They were preaching to a very small choir. Now it’s a vastly significant industry, so much so that Disney reorganized its direct-to-consumer division.”