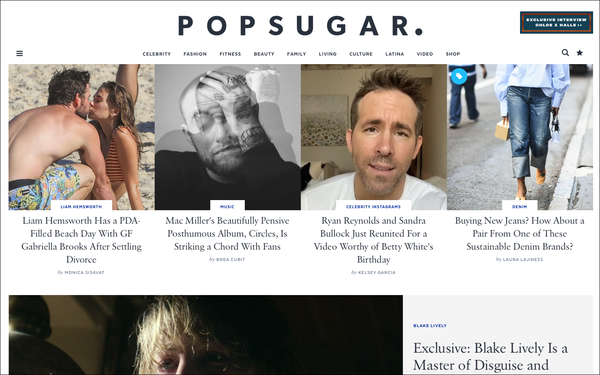 PopSugar, the millennial women-focused digital media brand, is bringing back its annual Play/Ground festival for the third time this year.

A part of Group Nine since it was acquired in October, PopSugar told WWD that revenue from sponsorships and brand activations for Play/Ground has doubled year-over-year.

About 200 brands and advertisers were a part of the festival last year.

This year’s June event, to be held in New York, is expected to attract 15,000 attendees. It will host workouts, celebrity panels and immersive experiences, according to the site.

Play/Ground is expanding into topics like sports and gaming this year.

The experiential part of PopSugar’s business makes up about 15% of total revenue, Lisa Sugar, cofounder-president, told WWD. The rest mostly comes from advertising and affiliate marketing.

Through its acquisition of PopSugar, Group Nine, which includes NowThis, Thrillist, Seeker and The Dodo, claims it reaches 50% of the overall U.S. population and 70% of U.S. millennials via its 200 million followers and unduplicated reach of 150 million.