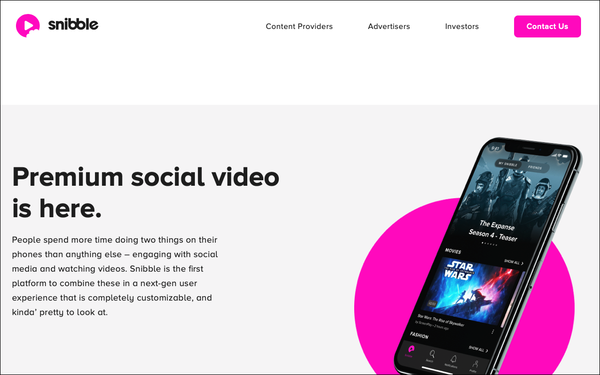 Snibble, which bills itself as “the first premium social-video platform,” is promoting itself as a brand-safe environment that will up average engagement rates.

Snibble launches with iOS on February 1 and Android on April 2 in the U.S. and Canada.

To enhance the value of its partners’ videos, Snibble will run only one, unskippable six-second pre-roll ad. Its target audience is Gen Zers and millennials.

Currie, the former CEO of Aegis Media in Japan and Korea, says he is recruiting ad partners, and has “strong connections with Dentsu, OMD, and Starcom. We will feature only top advertisers.”

Currie believes what differentiates Snibble are “principles, product and people. We are tripartide and give better value to viewers, content providers and advertisers alike,” he explains to MDN.