Spotify In Talks To Acquire 'The Ringer' 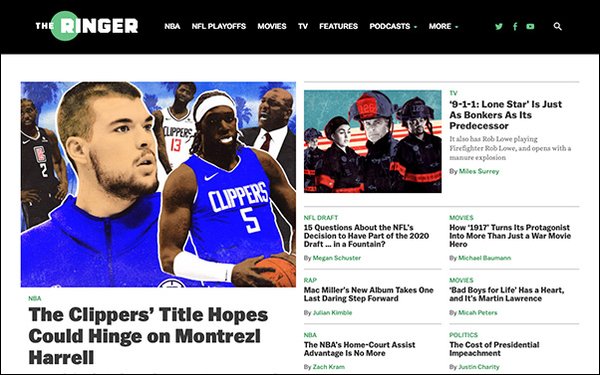 Spotify is looking to continue its podcast offerings and is in talks with sports and pop-culture media company The Ringer.

The Ringer’s founder Bill Simmons produces an exclusive podcast called “The Hottest Take” through the streaming service. If Spotify were to acquire TheRinger, it would add the outlet’s 30-plus shows to its growing network of podcasts, TheWall Street Journal reported.

One area of difficulty for podcast-producing media companies has been advertising and how to best sell it.

Although advertising revenues at Spotify have risen 30% since 2016, they are still a fraction of its overall revenue.

The new tool allows advertisers to collect certain types of podcast data for the first time, such as how many listeners heard the ad or how many times they heard the ad and anonymous audience information, like age, gender, location, musical tastes and preferences, The Motley Fool reported.

Advertisers can also collect information about the type of device a podcast was consumer on.

According to the report, Puma was a test partner on the SAL and said its data revealed ad recall improved by 180% after running host-read ads on the podcast “Jemele Hill is Unbothered.”