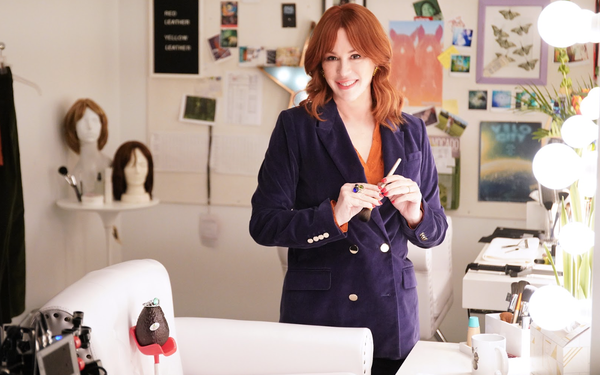 Avocados From Mexico has revealed that actress Molly Ringwald will star in the brand’s Super Bowl spot.

Set to air in the second quarter, the 30-second ad was created by Energy BBDO. This is the brand’s sixth consecutive Super Bowl spot.

Best known for her ‘80s movies like “Pretty in Pink,”  Ringwald will now be “Gorgeous in Green,” according to the brand.

A 15-second “Tiara Teaser” shows Ringwald placing a tiny tiara on an avocado seated in a hair and makeup chair and proclaiming “They’re going to eat you up.”

This is Ringwald’s first Super Bowl spot. "We felt Molly was the perfect fit for the brand given her prestigious career and the fact that she genuinely loves Avocados From Mexico,” said Kevin Hamilton, head of brand marketing, PR & strategy at Avocados From Mexico, in a release.

Avocados From Mexico recently announced the launch of a digital activation called #AvoNetwork. In order to build excitement in the lead up to the Super Bowl, the brand is hosting an interactive digital and social campaign. The digital activation will run through Feb. 2.

Consumers can visit https://avocadosfrommexico.com/big-game/, where they can engage in online activities for the chance to win over $30,000 worth of prizes, including a designer tiara valued at $2,745.

The brand's five digital agencies were involved in the campaign's development and execution, including Richards Lerma, 270B, and Ro2 Media as the leads of social media. D Custom assisted with content, Merkle for SEO and M8 out of Miami oversaw the paid search strategy and the consumer relationship management and data activations.