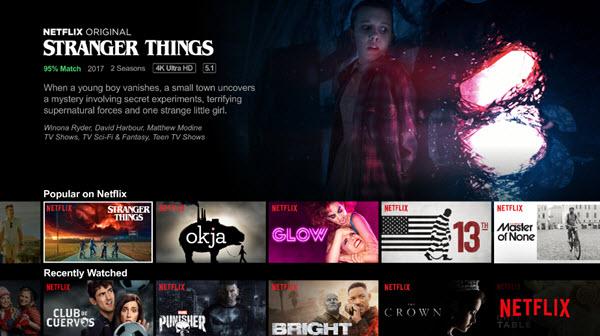 Netflix reported adding 8.76 million paid subscribers globally in the fourth quarter of 2019. That substantially surpassed its total growth guidance of 7.6 million, as well as analysts’ average prediction of about 7.3 million.

However, while its 8.33 million additions outside of North America handily exceeded its projection of 7 million, its U.S growth of 420,000 fell short of its target of 600,000.

The growth brought Netflix’s total end-of-year subscribers to 167.1 million, including 61 million in the U.S.

Netflix attributed the U.S. under-performance to its recent price increases, as well as the mounting streaming service competition in the U.S.

“We have seen more muted impact from competitive launches outside the U.S.,” the company stated in its letter to shareholders. “As always, we are working hard to improve our service to combat these factors and push net adds higher over time.”

The company reported revenue of $5.47 billion and earnings per share of $1.30, slightly exceeding analysts’ revenue expectation of $5.45 billion and far surpassing their 53-cent average EPS projection.

Earnings were partly buoyed by a nearly $438 million tax benefit resulting from tax over-payments during the year’s first three quarters, according to the company.

The company, which has over the years only shared selective viewership numbers, also used the letter to introduce a new -- and much less demanding -- approach to such reporting. "As we’ve expanded our original content, we’ve been working on how to best share content highlights that demonstrate popularity," the company said.

Given that it now has content titles ranging in length from shorts of 15 minutes or so to films as long as 132 minutes, Netflix believes that “reporting households viewing a title based on 70% of a single episode of a series or of an entire film, which we have been doing, makes less sense,” the letter states.

The company is now reporting on “households (accounts) that chose to watch a given title,” which it defines as anyone who chose to watch for at least two minutes. That, says Netflix, is long enough to indicate that the choice was intentional.

“Our new methodology is similar to the BBC iPlayer in their rankings based on ‘requests’ for the title; ‘most popular’ articles on The New York Times (which include those who opened the articles); and YouTube view counts,” the company added. “This way, short and long titles are treated equally, leveling the playing field for all types of our content — including interactive content, which has no fixed length. The new metric is about 35% higher on average than the prior metric.”

For example, 45 million member households chose to watch “Our Planet” under the new metric, versus 33 million under the prior metric, according to Netflix.