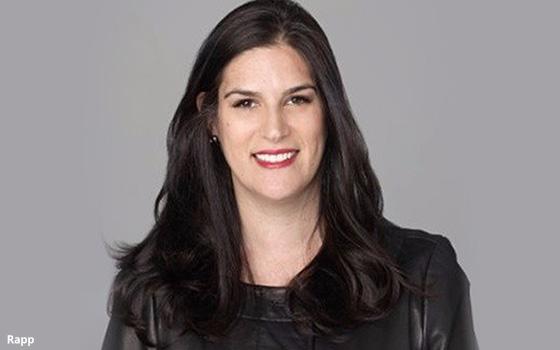 Rapp will report directly to Howard Mittman, Bleacher Report CEO. Mittman was the previous CRO and CMO, before he became CEO last February. He stated Rapp was  a primary reason we’ve been able to grow and thrive in what is otherwise a volatile industry."

He praised Rapp's "understanding of content" and ability to "create frictionless efficiencies between our sales, technology and content teams, while directing us to incremental opportunities for growth."

The company recently launched the B/R Betting and B/R Gridiron brands to focus on sports gaming and football content, respectively. Rapp will build on these brands while expanding the company's others, B/R Kicks, B/R Gaming and House of Highlights.

One of her tasks will be to increase Bleacher Report’s stake in broader product categories, including fashion, retail and auto, as well as maintain app growth.

Bleacher Report says it had 1 billion engagements on the B/R app in 2019, and 11 billion video views across its social platforms, including 52 of the top 100 most engaged branded content posts on Instagram.

Rapp will also facilitate sales, marketing and promotional activities, serving as the primary liaison to all sport teams, leagues, brands and platforms as Bleacher Report develops and executes bigger programs.

Prior to joining Bleacher Report in 2017, Rapp served in revenue-focused executive roles at Conde Nast, Hearst and Fairchild Media.

Separately, the media company is gearing up for the Super Bowl in February with the initial event for its football-focused brand, called "B/R Gridiron @ 1111 Lincoln."

For the first time, Bleacher Report is joining forces with WarnerMedia and AT&T to create an experience for fans and athletes, bringing “The Rich Eisen Show,” “The Dan Patrick Show,” CNN/HLN, and B/R Gridiron’s “Lefkoe Show,” “Ditch the Playbook,” “Untold Stories” and “Stick to Football Podcast” under one umbrella.

Each show will be shot in front of a live audience, featuring celebrities and athletes like Dwyane Wade and Peyton Manning. Content will get shared via shows, social, the B/R app "Ask Me Anythings" and podcast opportunities from 1111 Lincoln, a Miami event space, throughout the week.

“This is the ultimate showcase for our B/R Gridiron brand on the biggest stage in sports,” stated Mittman. “It will also leverage the full power of the AT&T and WarnerMedia family, to provide an oasis of sorts for athletes, celebs, and fans descending on Miami and looking for something different primed to reach millennial and Gen Z fans.”