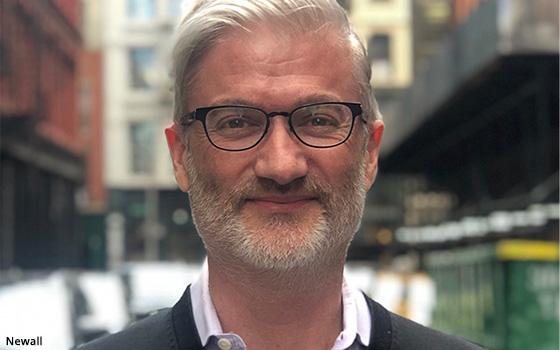 Noble People is appointing John Newall as president, replacing Tom Morrissy who will take on the new role of Chief Growth Officer to focus primarily on client partnerships and business development for the company.

Newall has spent the latter portion of his career at McKinney, where he held various leadership roles over a 13-year period, including the last six years as president/partner. He has worked with clients including Nationwide Insurance, Carmax, Sony Electronics, Virgin Mobile, Virgin Atlantic and Gold’s Gym. He left the Durham, NC-based agency in 2018 to work as an independent marketing consultant. His decision to jump back into Adland was driven by the agency’s potential.

Last year Noble People won assignments from Postmates, Oscar Health, Crowdstrike, MoneyLion, PointsBet, Shutterfly, WHOOP, Smartsheet, Zola, Equinox and BJ’s Wholesalers. This came on the heels of a busy 2018 when the agency added over a dozen new accounts, including AOR responsibilities for the Jamaica Tourism Board and Hallmark Channels.

“We brought John on as a consultant six months ago and knew almost instantly we wanted him here full time. He is direct and affable, serious but not too serious, and he brings joy to challenges that can otherwise feel painful,” says Lustberg.