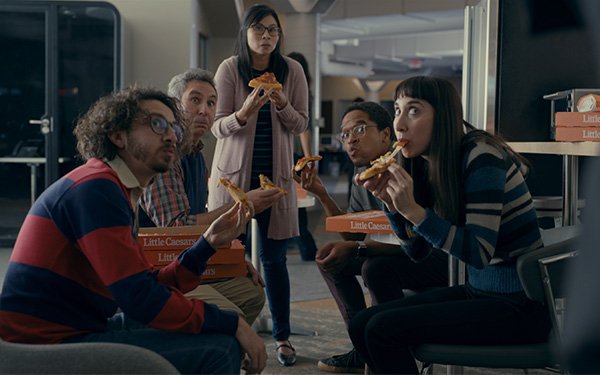 Little Caesars' first Super Bowl appearance marks the rollout of the first creative work for the brand by McKinney, which was named agency of record in November. The pizza chain previously worked with Barton F. Graf,which ceased operations at the end of last year.

In three teaser clips, Wilson acts as a harried man in various scenarios, including interrupting co-workers while exclaiming “It is happening.”

During the second advertising pod in the third quarter of the game, Little Caesars will air its 30-second spot announcing a new delivery service.

“While we’re not sharing the full creative yet, you can bet the ad will feature the humor and playfulness that has long been quintessentially Little Caesars,” notes Jeff Klein, senior vice president of global marketing at Little Caesars.

“It’s only fitting to use the world’s biggest stage to debut the biggest value in pizza delivery,” adds David Scrivano, company president & CEO.