Sadness In Philly For The Grown Children Of Gene London 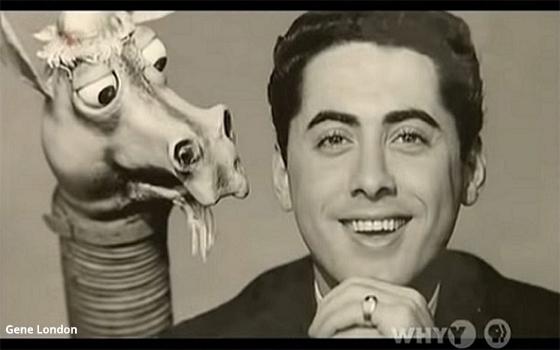 If all politics is local, as the old saying goes, then so too was television, once upon a time.

And that is why several generations of adults whose childhoods were spent in Philadelphia and its environs from the late 1950s to the 1970s are in mourning this week following the news that Gene London has died at age 88.

Sorry to all of those reading this who have no idea who Gene was, but he was the best-loved children's TV personality in the history of local television in the city and suburbs of Philadelphia, then as now the nation's fourth-largest TV DMA (designated market area).

His morning kids’ shows on WCAU/Ch. 10, a CBS affiliate owned by CBS from 1958 to 1994, ran from 1959 (or possibly 1958, depending on the source) to 1977. His shows had various titles -- “Cartoon Corners” (which was also the name of the fictional town in which the Gene London character lived on the show), “Gene London's Cartoons and Stuff,” “The Wonderful World of Gene London” and “The Gene London Show.”

In a city whose local TV stations were nothing if not prolific in the churning out of local children's programs in the heyday of such shows, Gene London's may have been the best remembered, if his death this week is any indication.

Earlier this week, after the news of his death on Sunday began to be reported, many of us learned of it not from the news media, but from old friends from Philadelphia emailing us links to newspaper obits.

Gene was a soft-spoken, charismatic young man from Cleveland with a talent for storytelling and drawing. My own memories of Gene London are vivid. If memory serves (and if accurate), the shows I best remember aired on Saturday mornings.

I can see him now, addressing his studio audience and young viewers at home in earnest tones as he told stories while simultaneously illustrating them with a black magic marker on a large pad of paper that he propped up on an easel or on his knees.

On the shows, Gene played the clerk of a general store in Cartoon Corners owned by a man named Mr. Dibley. Nearby was a haunted house called Quigley Mansion that was somehow connected to the store via a cave-like secret passage.

Gene introduced cartoons, cavorted with puppets (such as Simon the Sea Serpent in the photo above) and, again if memory serves, was sometimes beset by gales of confetti that supposedly originated at a confetti factory next door that Gene would then have to sweep up with a push broom.

In a nutshell, that was Mr. London's neighborhood -- a general store, a haunted house and a confetti factory. One of Gene London's gifts was that, as kids, we believed every word of it.

It is no knock on Fred Rogers (and he certainly would not take it that way) to say that his approach to children's television -- that TV shows produced for them should be conceived and made as safe havens separate from the outer world -- was far from unique to him alone in the 1960s, the era in which he made his start.

Gene London's shows were a case in point. They were safe havens for children growing up in a Cold War world, and one in which the prevalent images in the adult media -- at least in the eyes of a child growing up then -- were of urban rioting and warfare.

After his TV shows ended, Gene pursued a vocation in the collecting of vintage couture clothing, a collection that was said to number approximately 60,000 pieces, many of which were from the Golden Age of Hollywood.

Based for a time in New York City in a vast loft space in a part of Manhattan that a century before had been a shopping district known as Ladies Mile, Gene became a costume resource for film and stage productions.

I saw him there at least twice in the 1990s, once in the company of my mother who Gene treated like a member of his family. In the obituaries this week, I noticed for the first time that Gene and my mother were the same age, born months apart in 1931.

In the newspaper coverage of Gene's death in the Philadelphia papers this week, family members and his fans, now long grown up, all told similar stories about their memories of his old shows and also how gracious and warm he was whenever he encountered his aging fans throughout his life.

That sounds about right. Though he and I were only vaguely acquainted, I nevertheless formed the impression that Gene London was a special guy. Apparently, almost everyone who met him felt the same way.