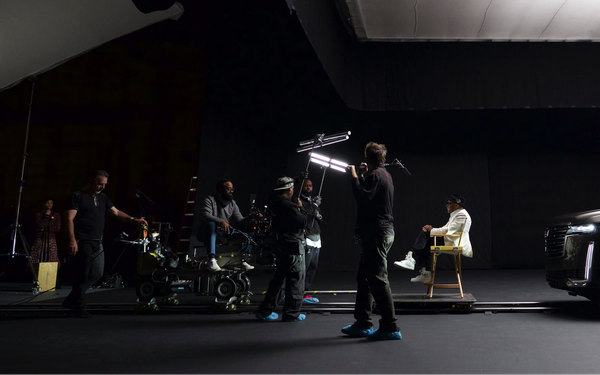 Cadillac’s restyled flagship SUV, the 2021 Cadillac Escalade, will be revealed on Feb. 4 in Hollywood with help from acclaimed director Spike Lee.

General Motors already has a relationship with Spike Lee since his ad agency, Spike DDB, began working with Chevrolet in 2010 and Cadillac in 2013.

Filmed with Lee’s signature Double-Dolly technique, which heightens the sense of motion to draw viewers closer to characters, the film captures the movement and innovation of the fifth-generation Escalade.

“I’m honored to be part of the next generation of the Escalade, which embodies style, luxury and prestige conveyed without pretension,” said Lee in a statement.

Among the features the sweeping film highlights is the new Escalade’s 38-inch industry-first curved OLED screen technology, which offers bold imagery and the largest color range of any automotive display in production today, according to the automaker.

The 2021 Escalade goes on sale in the fall and is targeting what the brand calls “New Pioneers,” who are mostly Gen X and are new to luxury -- which means they are open to new brands, says David Schiavone, Cadillac Escalade product marketing manager. This cohort tends to desire less traditional luxury elements. They are highly educated, have high incomes, are accomplished but still striving, according to the automaker.

The fifth-generation Escalade’s launch builds on a 22-year legacy, with 15 years as the segment leader. Sales leaped more than 35% when the second-generation model arrived in 2001 (2002 model year) and grew another 55% the following year, when the Escalade EXT model entered full production.

By the conclusion of its fifth anniversary in 2004, Escalade sales had ballooned by 160%. Today, cumulative U.S. sales have exceeded 806,000, with total global sales of approximately 900,000.