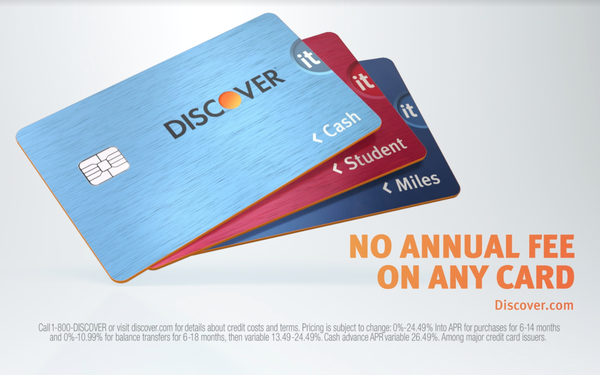 Discover Financial Services will return to the Super Bowl for the first time since 2015 with two commercials.

The 15-second spots, which will run in the fourth quarter, will take a playful “No” and “Yes” approach, reinforcing two of Discover’s main credit card product benefits: no annual fee and wide merchant acceptance.

“Our commercials give us an opportunity to reach upwards of 100 million viewers and let them know, ‘No, Discover doesn’t charge an annual fee,’ and ‘Yes, Discover is accepted at over 95% of merchants,’” says Julie Loeger, executive vice president of U.S. cards at Discover.

The spots will leverage the Yes/No dynamic by using a range of popular movie and television characters and some user-generated content, she says.

“We will also bring a unique approach to the standard 30-second ad buy, which should make our messaging stand out during one of advertising’s biggest days,” Loeger says.

The spots are from The Martin Agency, which split with Discover in October after 13 years. The two issued a joint press release, which characterized the decision as mutual. A search for a new agency is ongoing, says a Discover spokesperson.

While 15 seconds might seem short for a TV spot, the company previously ran 6-second ads during another important football game, when The Ohio State University’s Buckeyes took on the University of Michigan Wolverines in November 2017.