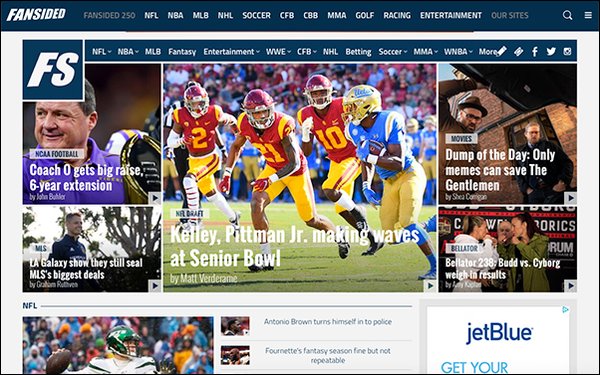 Minute Media has bought sports and lifestyle digital property FanSided from Meredith Corp. This is the fourth purchase for Minute Media in the last 18 months.

In November, Minute Media announced it would acquire Derek Jeter’s The Players’ Tribune, after buying The Big Lead and Mental Floss.

FanSided has more than 300 verticals focused on specific professional sports teams, college sports and lifestyle trends, among other topics.

“FanSided’s approach to community and fandom is a perfect complement to Minute Media’s existing properties. FanSided, combined with The Players’ Tribune’s athlete-perspective, provides our readers, partners and advertisers with what we believe to be the most well-rounded and holistic sports digital offering,” stated Asaf Peled, founder-CEO of Minute Media.

FanSided and its platform of individual sites will remain standalone properties, but with access to Minute Media’s proprietary technology and monetization tools.

FanSided’s staff will join the Minute Media team as part of the acquisition.

“Minute Media will continue to be bullish on the M&A front, bringing premium publishing brands into our portfolio through acquisitions, powering their growth through our proprietary end-to-end publishing platform,” stated Peled.

For Meredith, selling FanSided is part of the company’s efforts to shed non-core assets, following its January 2018 acquisition of Time Inc. and its brands, including FanSided.

Last May, Meredith claimed it had generated about $450 million of proceeds in its fiscal year 2019 from the sale of Time, Fortune and Sports Illustrated.