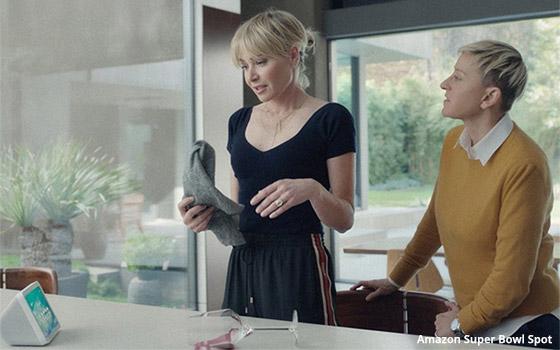 A week before the big NFL game, more marketers are holding back on releasing the big Super Bowl commercials.

Just 24 brands have released Super Bowl messaging -- commercials and/or ad teasers -- on a variety of platforms, including YouTube and Facebook, according to iSpot.tv. This totals some $13.5 million in media spend.

Porsche and Doritos are two of the biggest Super Bowl marketers in terms of online views -- getting 4 million and 1.8 million views, respectively, for specific marketing content. This iSpot research comes from online views of Facebook and YouTube, where users requested a specific commercial.

This year an Amazon teaser ad featuring Ellen DeGeneres and Portia de Rossi has pulled in the most social actions so far -- 118,431.