CNN, MSNBC Airing 90% Of Live Impeachment Trial: Fox, Not So Much 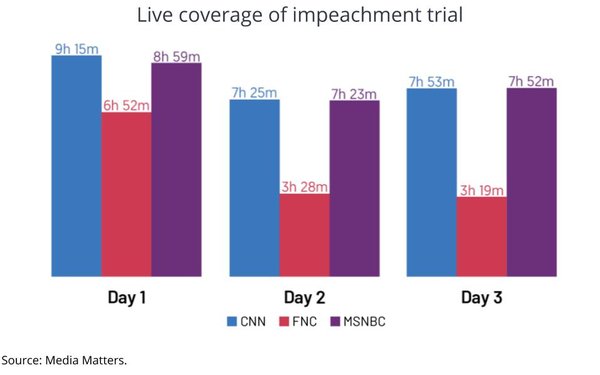 Two major cable news networks -- CNN and MSNBC -- have aired virtually all of President Trump’s impeachment trial since proceedings began a week ago, with Fox News Channel airing about half.

In addition, all news channels have seen lower paid-advertiser and network promos airings versus previous periods.

MSNBC ran just 222 paid advertising/network promo prime-time airings for the Jan. 21 through Jan. 27 period -- the least of all three networks, according to iSpot.tv -- versus 628 airings from Jan. 14 through Jan. 20.