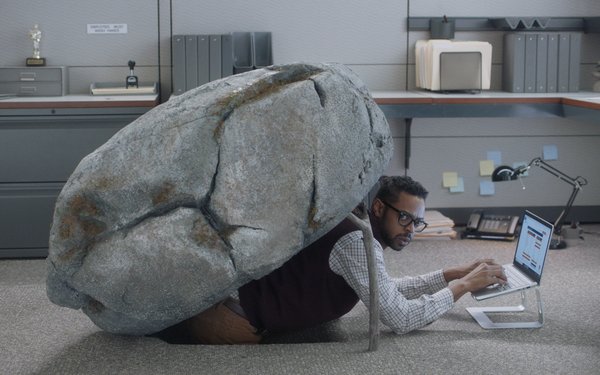 Hershey’s is raising awareness for its Take5 candy bar in 2020, starting with a high profile 30-second spot during the Super Bowl.

The creative, developed with mcgarrybowen, humorously plays off the fact that most people have never heard of the treat which was introduced in 2004.

The commercial, directed by Harold Einstein and Dummy Productions, visually illustrates clichés about being unaware about a topic, such as being born yesterday and keeping your head in the sand. The ad ends with the brand tagline, “The best candy bar you never heard of.”

The spot runs in the third quarter of the game, supported with an extended version running online.

This media push follows Hershey’s decision to rebrand Take5 to Reese’s Take5 in July 2019. Since then, the company reports sales have risen over 50%, particularly among repeat purchasers.