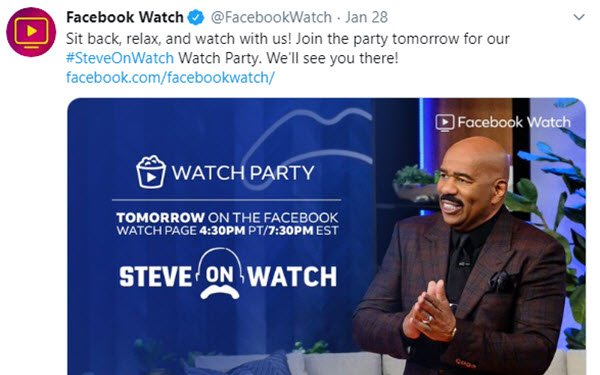 Facebook is shifting some of its programming budget for video service Watch from pricey original programming and sports rights to talk shows and licensed clips from sports leagues and TV networks, according to The Information.

Facebook has not commented on the report, which says the shift in programming emphasis does not mean a reduction in Watch’s overall programming budget.

In fact, the programming budget is expected to increase to about $1.4 billion this year — up from about $1 billion in 2017, the year Watch was launched.

Facebook has, at least for the present, pulled back from bidding for rights to stream major live sports, according to the sources for the report.

Facebook may have decided to stop investing heavily in Watch content in order to try compete directly with existing giants like Netflix, Hulu and Amazon Prime Video and the new entries from Disney and other big players—perhaps instead positioning to compete against YouTube, notes Engadget.