On Eve Of A Political Ad Bowl, Americans Vote Against Politicizing The Big Game 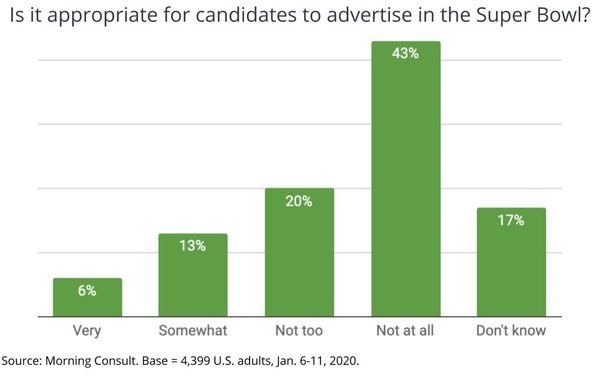 Just as the NFL appears to be recovering from being treated like a political kickball, it's about to flame political debate once again during Sunday's Super Bowl. Maybe, or maybe not, on the playing field, but definitely among the field of advertisers in the Big Game. While two billionaires -- Michael Bloomberg and the President -- have spent $11 million each to run campaign commercials during the game, most Americans (63%) don't consider it appropriate, according to a Morning Consult poll fielded earlier this month.

Whether that will lead to more political backlash for the NFL -- or not -- the league is just getting over the legacy of the President's political attacks on players who took a knee in protest over the treatment of African Americans, as well as seminal protester Colin Kaepernick's ouster from the league.

According the the Morning Consult research, the impact on the league was attributed mostly to backlash from Republican voters, which have rebounded considerably, albeit not yet back to what it was prior to the current President's attacks. 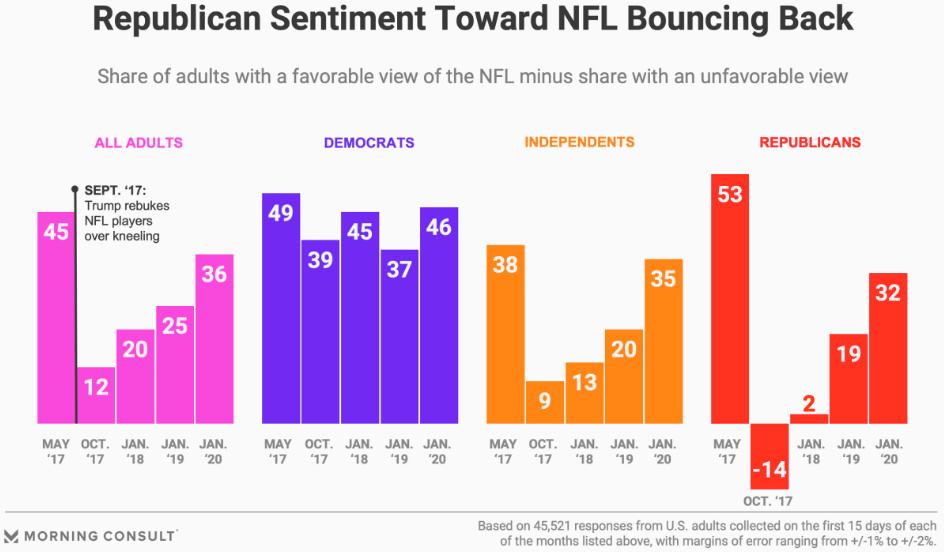