Amazon Flirts With A Trillion, Summons A Dragon 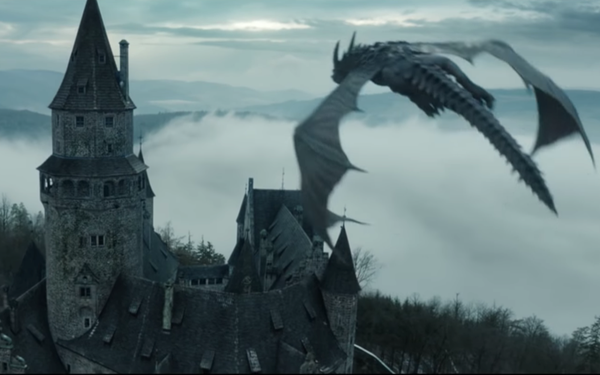 Amazon is flying high: as high as $1 trillion, and maybe even higher than a medieval dragon.

After a blowout in its latest financial report, the company’s valuation soared past the $1 trillion mark for the first time since July.  And with its new Super Bowl spot, it’s asking people to join Ellen Degeneres, her wife Portia de Rossi and a cast of once-upon-a-time characters in speculating how people managed in the days before Alexa.

The Seattle-based company smashed the $1 trillion threshold after announcing fourth-quarter sales climbed 21% to $87.4 billion, up from $72.4 billion in the comparable period of 2018.  And net income jumped to $3.3 billion, compared with $3 billion in the year-earlier period.

After a period of disappointing holiday numbers from other retailers, including Target and Macy’s, the results underscore just how firm a hold Amazon has on consumers. And it marks the third time the company topped the rare $1 trillion in valuation, a feat only Apple, Microsoft and the new Saudi Aramco have been able to achieve.

Amazon’s results crushed Wall Street expectations, with the company saying that while shipping costs rose, it also found many efficiencies.

The company says that more people joined Prime in the quarter than in any previous quarter, bringing worldwide Prime membership to 150 million. In the U.S., it quadrupled the number of items delivered with Prime’s one-day or same-day delivery options.

No surprise then that once again, Amazon is touting Alexa’s talents in its Super Bowl spot. The new ad is from Droga5 London and invites people to speculate on life before its voice assistant, from sending carrier pigeons to refusing to delete presidential tapes.

The company is encouraging users to ask their devices, “Alexa, what did we do before you?” and share ideas with a #BeforeAlexa hashtag, as well as vote for the spot in USA Today’s Ad Meter.