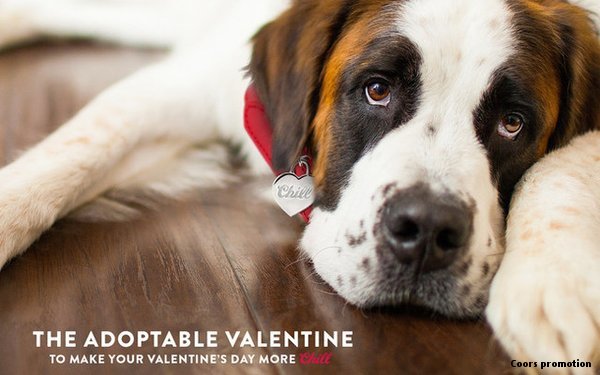 Is Cupid stupid? A growing number of younger consumers seem to think so, as more millennials and Gen Z-ers increasingly shrug their shoulders at traditional Valentine’s Day hype.

EduBirdie, a content platform, says it polled more than 2,000 Gen Z-ers and found that almost half say it’s “a day to get drunk and party with their single friends," says Avery Morgan, senior editor and director of communications, in the company’s release.

"This younger generation is known for acting outside societal norms and doing what they want, so it is not surprising that the majority are ignoring one of the most romantic days of the year,” Morgan continues.

About 15% of Gen Z-ers don’t acknowledge Feb. 14 at all, and even 25% of those who are in relationships would prefer not to celebrate.

Coors Light says it’s ready for them. Already positioning itself as “The official beer of skipping cuffing season,” its survey finds that 58% of legal drinking age millennials say the holiday is overrated.

Instead, it’s promoting four-legged friendship and helping to pay adoption fees for 1,000 dogs.

"Cuffing Season is a major cultural trend and poses tension for our younger drinkers, as they navigate the stress of finding someone to spend the cold months with," says Chelsea Parker, marketing manager at Molson Coors, in its announcement. "With almost half of millennials planning to stay in on Valentine's Day, we wanted to help empower people to savor the day with Coors Light and a dog by their side."

Younger consumers are also fond of alternative celebrations, with 75% of EduBirdie’s female users planning to participate in Galentine's Day, celebrating their female friendships on Feb. 13.

Still, the National Retail Federation predicts that older shoppers will lead the charge for the traditional V-Day,  predicting that related purchases that day will total a record $27.4 billion, a 32% bump. Its survey, which includes more than 7,200 adults and is conducted by Prosper Insights & Analytics, forecasts that 55% of American adults plan to celebrate somehow, up from 51% last year, with an average outlay of $196.

Younger consumers spend the least. Those between the ages of 18 and 24 say they intend to part with an average of $109, while those between 25 and 34 (old enough to have both higher incomes and children to buy for) intend to shell out $308. The highest-rolling Romeos are those in the 35-to-44 bracket, who are likely to spend $359.