McDonald's Chief: 'We Have To Win At Breakfast' 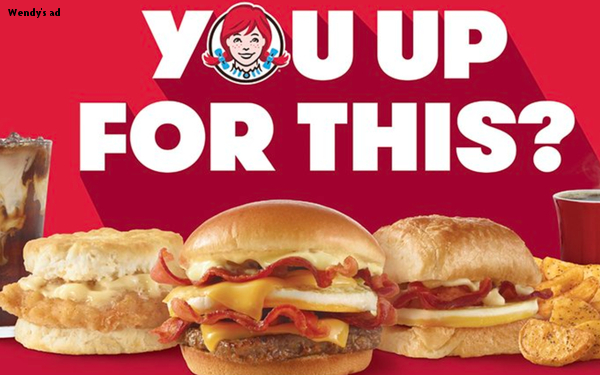 Which comes first, the chicken or the breakfast menu?

For McDonald’s, it’s both at the same time as the QSR chain tries to increase traffic—particularly in the morning—while gearing up to compete with competitors’ increased chicken offerings.

Today, Wendy’s revealed the long-awaited news that on March 2 it will expand its breakfast offerings nationally. Meanwhile, Starbucks is taking a low-key approach to its rollout of a plant-based breakfast patty in response to demand for meat alternatives and a desire to grow its food revenue.

While McDonald’s reported a comparable-sales increase of 5.1% for U.S. locations in its recently ended fourth quarter, foot traffic was negative, president and CEO Chris Kempczinski said on a Jan. 29 conference call with analysts.

“In particular, the U.S. is centered on stemming traffic losses at the breakfast daypart by focusing on running better operations, introducing new menu items and offering delicious food at a compelling price point. Breakfast is the only daypart in the industry that’s seeing traffic growth.”

Kempczinski went on to note, “We have to win at breakfast.”

McDonald’s has begun a limited-time breakfast offering of chicken served on griddle cakes and biscuits. In recent months, it’s also tested two varieties of chicken sandwiches as it tries to figure out what appeals most to diners and what works best for its franchisees.

“I think, for us, it’s really all about finding a product that works in our restaurants. And so that has an operations component,” Kempczinski explained.

Given the breadth of the McDonald’s menu vis a vis its competitors, a chicken sandwich rollout adds considerable complexity.

“It’s a little bit of a Rubik’s cube of what’s the customer looking for, what works operationally and then the business fundamentals under that. I think we’re getting close to having something that we’re excited to bring to customers,” added Kempczinski

According to foot-traffic data Placer.ai, “McDonald's is unique among top QSR brands for its ability to drive traffic steadily throughout the day. McDonald's sees an exceptionally even visit trend from 10 a.m. through 9 p.m., apart from a midday spike for lunchtime traffic.”

Wendy’s is portraying its national breakfast initiative as a “breakfast battle” while claiming that its menu items—all of which will contain freshly cracked eggs—will be “affordable and higher quality” than what competitors offer, according to a company statement.

Starbucks has yet to make an official announcement about its plans to launch a plant-based breakfast patty in Canada and the United States this year. The only mention of it so far came in a Jan. 28 conference call with investors.

The company’s beverage-first focus was once again underscored by a 6% comparable-store sales increase in the first quarter of its fiscal year 2020—five percentage points of which came from beverages.

In a December 2019 survey of 406 U.S. adults conducted by online discount platform RetailMeNot, breakfast options below $10 per person were considered affordable by a majority (76%) of respondents. Weekend breakfast savings were seen as more interesting than weekdays, as 65% of respondents did not eat breakfast out between Monday and Friday.