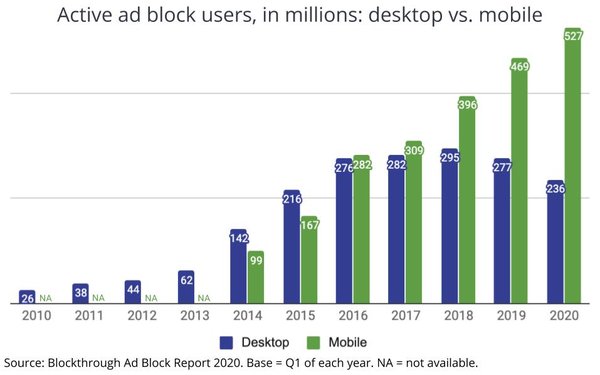 More than 763 million digital devices now have an active ad blocking technology installed, according to the 2020 edition of an annual benchmarking report from Blockthrough.

The report illustrates how the often pre-installed ad-blocking technologies of mobile browsers has accelerated the installed user base dramatically in recent years, and notes that mobile now accounts for more than two-thirds of the installed base of active ad-block users.

Mobile became the dominant source in 2016, and has grown at an accelerated rate, while the installed base of desktop ad-block users has actually dipped in recent years. 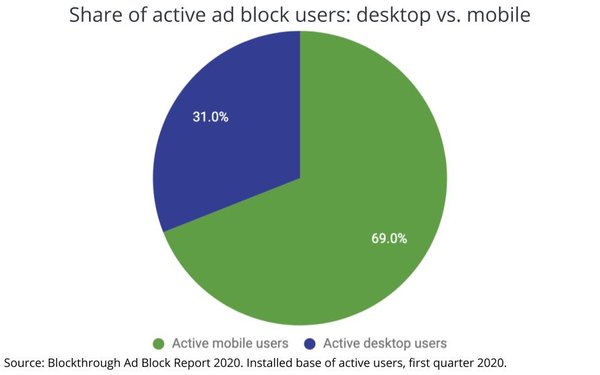