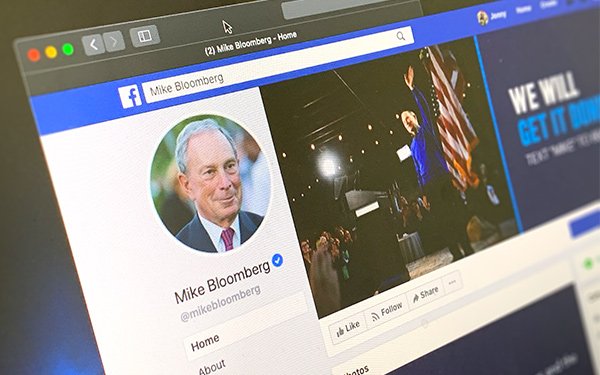 Courting more controversy ahead of this year’s primary and presidential elections, Facebook has decided to let influencers spread branded content paid for by political campaigns.

The change in policy follows a story in The New York Times this week. It detailed paid partnerships between Mike Bloomberg’s presidential campaign and some top Instagram influencers.

As The Times reported, the partnerships are being brokered by Meme 2020 -- a new company cofounded by Jerry Media CEO Mick Purzycki. Jerry Media is best known for its controversial work with social influencers to promote the fated Fyre Festival in 2017.

Facebook is not giving paid influencers and their political partners free rein. Rather, the company will require influencers to clearly label paid posts as a “paid partnership.”

As such, Facebook will not subject such content to its standard policies for political ads. For example, the ads will not be catalogued in the platform’s Ad Archive.

Along with Snap Inc. and Twitter, Facebook maintains such an ad library to promote transparency and allow anyone to track political messaging across its platform.

In the past, Facebook has said such transparency tools are intended to increase accountability and responsibility, as well as cut down on foreign interference in domestic elections.

Facebook has required advertisers to seek authorization before running ads about social issues, elections or politics since 2018, while it has insisted that Pages disclose the source of funding behind political ads since 2017.