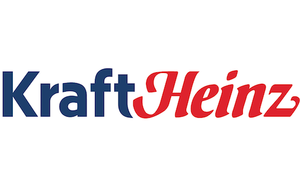 After “a very difficult” fiscal year 2019 that ended on Dec. 28, Kraft Heinz plans to increase its media spend by 30% and halve the number of agencies it works with.

The investment community was expecting more specific guidance within the next three months on exactly what Kraft Heinz is doing to restore sales growth and stem declines in product distribution. But on an earnings call last week, CEO Miguel Patricio said disclosure of that strategy would have to wait until May.

“I think it's appropriate to start today's update by recognizing that 2019 was a very difficult year for Kraft Heinz, for our employees, our board and our stakeholders,” said Patricio.

Shortly after the call, Fitch Ratings and S&P Global Ratings pushed their ratings of the company into junk territory.

Almost five years since the merger of Kraft Foods and H.J. Heinz, the combined entity continues to deal with the impact of cost-cutting and shifts in consumer tastes while rationalizing the operations of an enterprise that spans 40 countries.

Following the July 2015 merger, there were lots of operational redundancies. “So there’s the possibilities of synergies by cutting. But after two years, cutting becomes dangerous,” said Patricio.

There will be 50% fewer product innovation initiatives in 2020, according to Patricio, and the company will redirect spending “disproportionately towards support of our flagship brands. We are also finding efficiencies in nonworking marketing, such as fewer research dollars necessary for the more concentrated innovation pipeline I just mentioned, as well as cutting the number of agencies we employ in half.”

Marketing Daily reached out to Kraft Heinz for clarification on timing of the agency cuts, but did not hear back by deadline.

The company has also been trimming back its SKU count, with fiscal 2018 being the first year such cutting began since the merger.

“In 2020, we will accelerate the rate of reduction to bring us back to below 2016 levels,” said Patricio.

Asked about the loss of distribution in the frozen food category at select retailers, Patricio said it’s symptomatic of the category and not just related to Kraft Heinz. He noted that retailers are cutting back on space for frozen food and "increasing the [number] of different brands on the shelf."