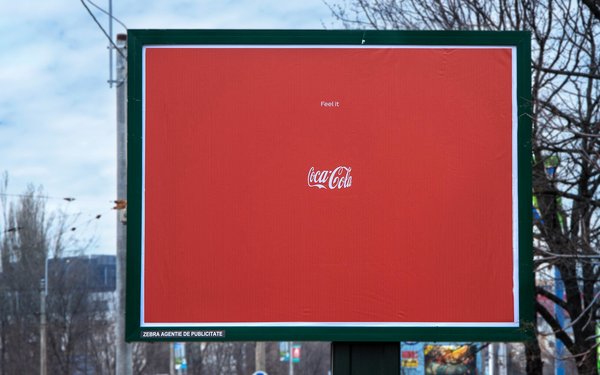 Publicis Italy is out with a new OOH, print and social campaign for Coca-Cola with signage featuring the iconic brand’s white lettering against a deep red background with the lettering designed to look like it's wrapped around a bottle—which isn’t there. Above the Coca-Cola lettering, about where the opening would be on the bottle,  are the words “Feel It” in smaller type.

The idea is that the Coke bottle is so iconic that, as the agency puts it, “Our brain needs very little clue to feel it … only a logo and a title are needed to make the invisible visible.”

The campaign is playing in Central and Eastern European markets.