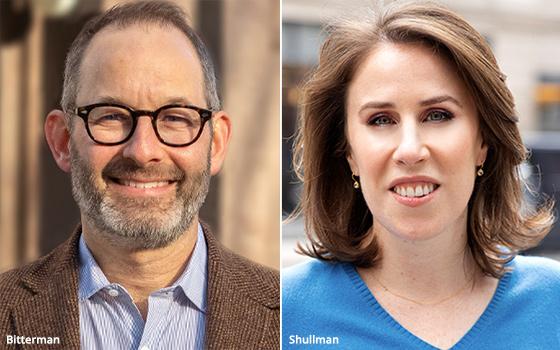 Ad tech company TripleLift has added two well-regarded industry veterans to its C-suite including Julia Shullman who joins as General Counsel and Chief Privacy Officer. Her appointment followed that of Jordan Bitterman, who joined the eight-year-old company in December as Chief Marketing officer.

Previously Shullman was chief privacy counsel and lead attorney for AppNexus’ Publisher Technology Group and she helped launch header bidding platform prebid.js. She also helped develop an industry GDPR compliance framework as the Chair of the Steering Group for the IAB Transparency and Consent Framework.

Bitterman joined after a three-plus year stint at IBM where he served in several roles including CMO of  The Weather Channel and Watson Advertising. Earlier he was Chief Strategy Officer at GroupM’s Mindshare and a senior vice president at Digitas, part of Publicis Groupe.

The appointments follow a strong 2019 for the company when it posted a fourth straight year of profitability with a record $300 million in billings. The firm also added 150 new employees last year.

Both executives will help manage targeted growth for 2020 beyond.

Specifically, Shullman is tasked with setting the company’s privacy and public policy strategy and helping it navigate the changing industry and regulatory landscape.

Bitterman is responsible for TripleLift’s presence in the marketplace including audience definition, brand stewardship and activation of campaigns and events.

“Both Julia and Jordan bring us deep expertise, but they’re also both passionate leaders who are eager to make an impact on our company and the industry,” said company co-founder and CEO Eric Berry. “That aligns with our goal for growth, and our desire to make advertising better for everyone."