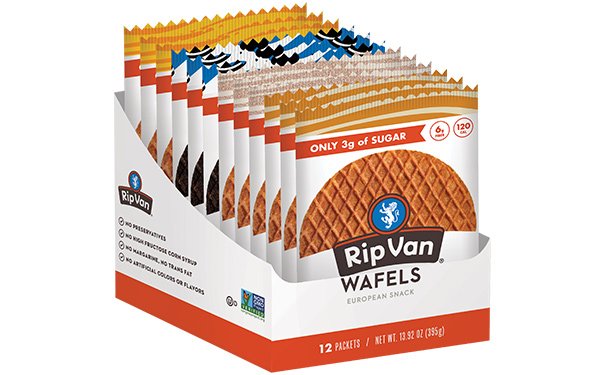 It helps to make a good impression. Partners + Napier (P+N) has been awarded a major brand positioning assignment for Rip Van, snack makers of the Rip Van Wafels stroopwafel pastries. The selection comes a few months after the company installed Jim Low as president in October 2019.

Low previously hired P+N as his AOR for Schuman Cheese in March 2018 where he had been executive vice president of marketing and sales.

Now under this new partnership, P+N will help the snack brand execute on its planned next phase of growth supported with a new brand position.

Rip Van's roots date back to 2010 when Co-CEO Rip Pruisken debuted what would become the company's signature Rip Van Wafel, inspired by the stroopwafel pastries he ate growing up in Amsterdam.

Today, Rip Van Wafels are available nationwide at retailers such as Starbucks, Whole Foods, and Peet’s Coffee, served on American Airlines and Alaska Airlines flights, and in hundreds of tech company cafeterias.

“As snacking moves from a treat occasion to the way we eat, people are looking for more nutritional value. We see this as an immense opportunity to bring excitement to the category, creating snack foods that are delicious but won’t compromise your health,” says Low.