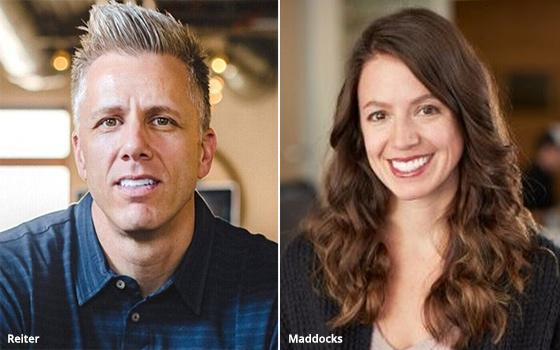 Devin Reiter, currently executive director of partnership development, has been named the agency’s new Chief Marketing Officer and Leslie Maddocks, formerly with Victors & Spoils, CP+B, and DDB, is joining the agency as head of operations.

Reiter is tasked with driving growth at the agency via new business development and establishing new capabilities and offerings. He will also oversee a number of Fortnight Collective’s clients, which include Nestlé, Danone, Nike, and Boston Market. He will report to founder and CEO Andy Nathan.

Reiter joined the agency in August 2019. The 20 year agency veteran previously served as vice president managing director at Crispin Porter + Bogusky where he was responsible for business development, helping to drive overall growth for the Boulder office, while managing the agency’s accounts like Domino's, Kraft, and Infiniti. Earlier he was an executive account director at McCann. He has worked with brands, including American Express, Microsoft, United States Postal Service, and Verizon.

In her new role Maddocks will oversee agency operations, as well as new business and client management. In addition to spearheading operational strategy, Maddocks will also be tasked with building the agency’s talent programs and culture. She will report to both Nathan and Reiter.

“As Fortnight Collective has grown over the past few years, so has the need to harness its talent and momentum,” explains Nathan. “Now with our leadership team stronger than ever, we’ll be able to continue to help our clients get to the heart of both strategy and creative, efficiently and fast.”

Formed in 2017, Fortnight has grown on its commitment to turn around ad campaigns in, well, a fortnight.