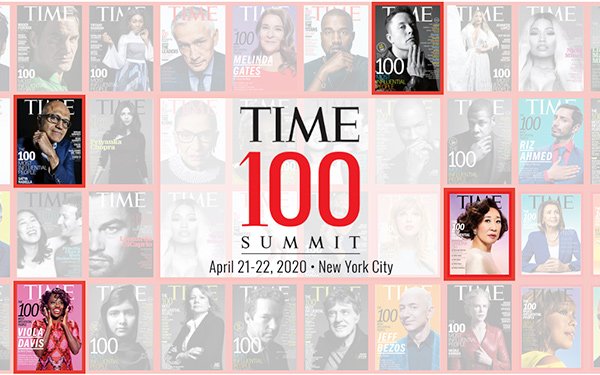 Time is extending its "Time 100" summit to become a two-day event this year.

The summit is an expansion of Time magazine’s annual "Time 100" franchise, which lists the most influential people in the world. This year will be the franchise’s 17th year.

“We are excited to build on the success of the first-ever Time 100 Summit last April and the launch of new Time 100 extensions, including the Time 100 Health Summit and Time 100 Next,” stated Time editor-in-chief and CEO Edward Felsenthal.

This year's summit will be held April 21-22. Both the 2020 Time 100 Summit and Time 100 Gala, celebrating those who made the list, will take place at Jazz at Lincoln Center in New York.

Additional speakers will be announced in the coming weeks.

This year's event will also host on-site breakout sessions centered on topics such as empowering female leaders and exploring how businesses should address the climate crisis.

Attendance at the Time 100 Summit is by invitation only, though applications are open for submissions. The registration fee is $3,500. Last year's event was filled to capacity, with more than 450 attendees.

The Time brand was sold by Meredith Corp. to Salesforce owner Marc Benioff and his wife Lynn in 2018.
brand marketing, events, magazines
Next story loading