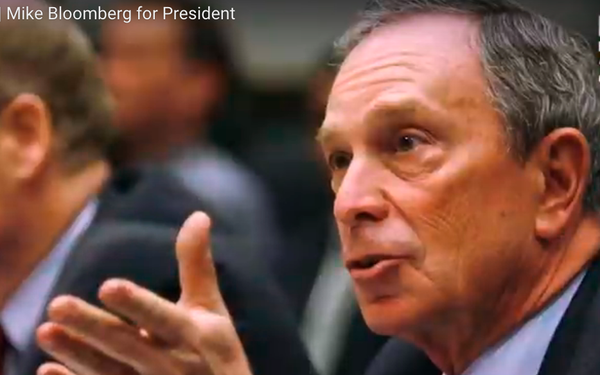 Payne’s observation should seem obvious to any media buyer, political or otherwise, because Bloomberg has effectively bypassed the normal political campaign process, including the inevitable media shakeout spin that happens in the early caucuses and primaries, even if they don’t account for much in actual delegates.

It’s a smart strategy if you can do it, but the truth is, no one has ever executed it to the degree Bloomberg has, or likely will going forward, mainly because budget is no concern.

And even though the incumbent President’s 2016 race could have been called an OTT one, it was mainly done via earned media, not actual advertising and media buys.

So the big question is whether there is anything wrong with this?

"You know, Mr. Bloomberg has every right in the world to run for President of the United States," rival Bernie Sanders said during a “town hall” hosted by CNN Tuesday night, adding, “He's an American citizen. But I don't think he has the right to buy this election."

Why not? And why is it worse to “buy an election” with your own money than with money raised by donors, which Sanders has raised the most from to date?

If the issue is capping the amount of money candidates can spend on their campaigns, legislators like Sanders should work on legislation to do that. Otherwise, it’s a free marketplace, and at the very least, Bloomberg is being the most transparent candidate in terms of where his campaign financing is coming from: money he earned himself.

Ironically, even if he fails to win the nomination, Bloomberg has pledged to use it to back the Democratic candidate. Even if it's Bernie Sanders.