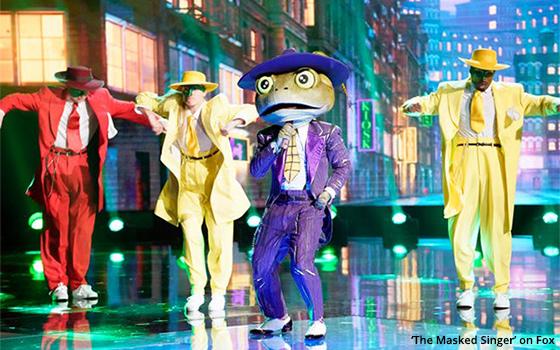 With its big Super Bowl results as well as continued strong NFL “Thursday Night Football” viewership under its belt, Fox has edged out other major TV broadcast networks with the highest TV ratings for the TV season so far.

Through Feb. 3, Fox is averaging 7.9 million prime-time viewers in Nielsen's live program-plus-seven days of time-shifted viewing (L7), up 20% over a year ago.

Taking sports programming out of the picture and looking only at entertainment shows, CBS remains the highest of all prime-time networks at 7.3 million, down 14% from a year ago. NBC is next at 6.1 million, also losing 14%.

In this category only ABC and Fox have seen gains, yet with small increases -- with ABC 2% higher to 5.6 million and Fox 1% higher to 4.5 million. Fox continues to see strong results from “The Masked Singer,” which had the benefit a couple of weeks ago of a Super Bowl lead-in.

All TV networks are down versus a year ago. Fox is off 8%, ABC, 8%; CBS, 23% and NBC, 27%. Last TV season, CBS gained big viewing results from airing the Super Bowl as well as the high-rated rated “Big Bang Theory.”