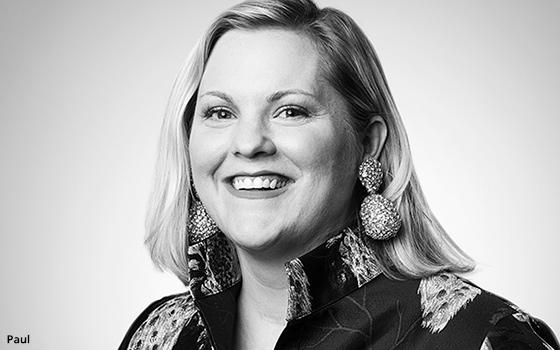 She joins from sibling agency MullenLowe, where she was one of the youngest CSOs in the industry, as well as a three-time winner of the Jay Chiat Award for strategic excellence.

In her new role, Paul will work with the agency’s Cultural Impact Lab — a mix of earned and paid media and communications specialists — who work as a core part of the creative process.

“I was drawn to Martin’s mission to help brands hijack culture to fight invisibility,” shares Paul. “We are in the business of creating cultural goods. In the pop-cultural landscape, brands can be polluters or contributors.”

Over her career, she has demonstrated the ability to meld creativity with data. In the past 12 months her teams helped Burger King garner $89 million in earned media with zero dollars spent in paid social. Paul’s thinking also bolstered brands like Jet Blue, E*Trade and Grey Goose.

“This is a significant moment for us,” says Martin Chief Growth Officer Michael Chapman. “Elizabeth’s well-regarded for pioneering new ways of studying, influencing and creating culture.”

“Two years ago, we made a bet that our internal culture would have a measurable impact on our external success” says Carmina Drummond, chief talent officer of The Martin Agency. “In addition to gender pay equity and extended parental leave, we have increased racial diversity by 50% and are a far better company for it—our creative is more impactful and yields better results for our clients.”

Paul succeeds Chapman who was elevated to CSO following the retirement of Martin’s previous CSO of 31 years, Earl Cox. In his dual roles as the agency’s CSO and Chief Growth Officer (which he will now devote full-time to), Chapman helped Martin quadruple its pitch win rate in 2019, with AOR assignments including Buffalo Wild Wings, CarMax, DoorDash, UPS and Twisted Tea.