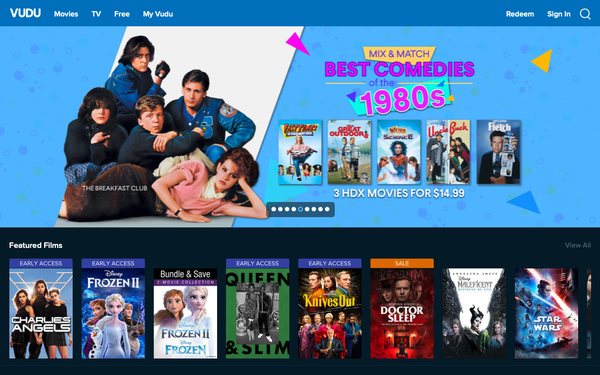 NBCU is in advance talks to buy Walmart-owned streaming service Vudu, while Fox is looking to buy Tubi, a pay TV advertising streaming platform. Both stories were reported by The Wall Street Journal.

The price tag for Tubi is said to be $500 million. Last January, Pluto TV, a similar pay TV, ad-supported service of networks, was sold to Viacom for $340 million.

In 2016, Vudu started a free, ad-supported streaming service. Advertisers can target ads based on Walmart’s shopper data which can then run on TV shows and movies on Vudu.

NBCU is starting up its big, broad-based premium Peacock service in April. Vudu could complement this effort. Other media companies have done the same when it comes to combining disparate in-house, individual streaming platforms.

Tubi, a modest service with 25 million monthly active users as of December, has much content focusing on reruns of TV shows and library movies.

NBCU and Fox Corp. representatives had no comment to Television News Daily with regard to these respective deals.

Recently, ViacomCBS said it was also looking to expand its streaming efforts -- around CBS All Access, as well as including content from MTV, Comedy Central, Nickelodeon, BET and VH1.

CBS All Access and Showtime streaming services have a combined 10 million subscribers, according to the company.

ViacomCBS new broader effort is to compete with bigger, all-encompassing TV services such as Disney+ as well as new services to come -- NBCU’s Peacock and WarnerMedia’s HBO Max.