Home Depot, Salesforce And Others Back Booking.com In Trademark Fight 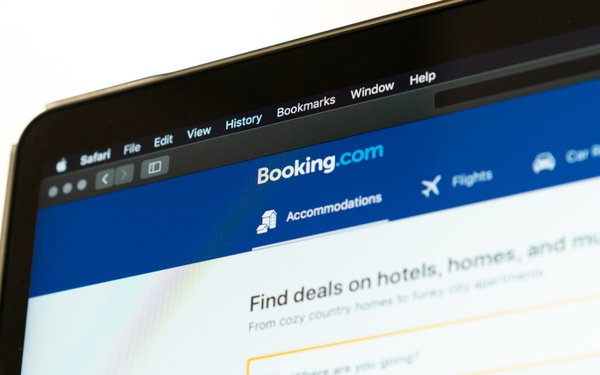 Booking.com is drawing support in a fight over its name from companies including Home Depot and Salesforce, which argue that the online hotel reservation company is entitled to trademark protection.

The battle hinges on whether the Booking.com can obtain a trademark for a generic word “booking” followed by “.com.”

The U.S. Patent and Trade Office refused to grant the company a trademark, arguing that generic terms followed by “.com” aren't trademarkable. Booking.com sued over the decision, arguing that it is entitled to a trademark because consumers recognize its name as a brand.

A trial judge and appellate court sided with Booking.com. The Patent and Trade Office is now appealing those rulings to the Supreme Court.

Among other arguments, the agency says that awarding a trademark to a generic word plus “.com” would harm competition by allowing companies “to monopolize language.”

Booking.com countered in papers filed earlier this month that it needs a trademark to prevent other companies from duping consumers by using its name. For instance, the company argued, a trademark can prevent a brick-and-mortar company from opening a storefront Booking.com travel agency.

Salesforce and the others argue that the federal agency should decide whether names are trademarkable on a case-by-case basis, as opposed to making a blanket statement that no generic words followed by “.com” are entitled to trademarks.

They say the agency's stance could affect other companies that have already obtained trademarks.

The companies argue that “bright-line rules” about the types of names that can be trademarked will “encourage the arbitrary rejection or cancellation of trademarks, even where the public has come to understand a particular mark as distinctive in identifying the trademark owner’s goods or services.”

The Internet Commerce Association, a trade association whose membership includes GoDaddy.com, also filed a friend-of-the-court brief on behalf of Booking.com.

Among other arguments, the organization contends that companies like Booking.com can draw on trademarks to combat cybersquatters and fraudsters.

“The Government’s proposed rule would ... eliminate critical legal tools for combatting cybercriminals who misuse domain names for fraudulent ends,” the group writes. “Two of the most common malicious activities involving the DNS are typosquatting and domain name hijacking. These abuses are most readily thwarted through trademark law.”

The Supreme Court will hear arguments on March 23.