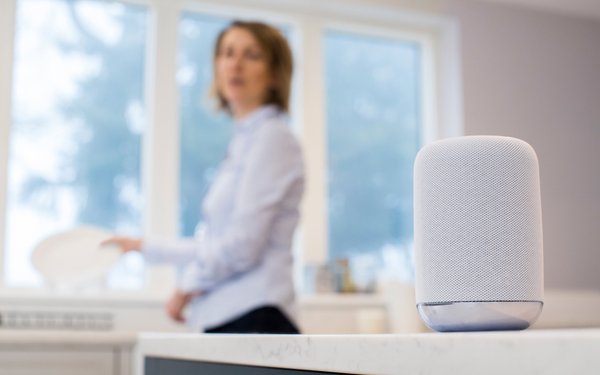 Some 33% of consumers participating in a report say the lack of security features will stop them from making more purchases via voice-enabled devices like Amazon Alexa and Google Home.

The study, released Monday by Episerver, surveyed more than 4,000 online shoppers in five countries -- the United States, the United Kingdom, Australia, Germany and Sweden. The consumers surveyed shopped digitally in the past year.

Data privacy has some consumers taking a wait-and-see approach before using emerging technology. Voice commerce, for example, declined this year compared with the previous year, according to the findings.

Some 53% of global consumers said retailers need to respect online anonymity in 2020 and treat it as a higher priority, which could prompt them to use tech like voice commerce. About 60% want companies to prioritize personalization as much as they did last year.

Security concerns are one of the biggest deterrents to using voice-enabled devices like Amazon Alexa and Google Home to make purchases.

The findings suggest that declining voice commerce could mean these devices are better-suited for other tasks such as listening to music, making calls or managing shopping lists, but there is also a privacy component.

One-third of respondents reported that a lack of security features will stop them from making more purchases via voice-enabled devices like Amazon Alexa and Google Home. That’s significantly higher than more practical hindrances like lack of product images at 22%, difficulty researching products at 21%, and difficulty comparing products at 20%.

One-quarter of respondents say they returned to a retail website to make a purchase after being retargeted with ads because the ads reminded them of what they wanted to buy.

Across the five geographies Episerver surveyed, consumers are generally happy with the level of personalization that brands and retailers currently provide. Most respondents feel that companies should place the same priority on personalized experiences in 2020 that they did in 2019.

Germany and Sweden have the largest percentage of consumers who feel brands and retailers should emphasize personalization less in 2020. Both countries made updates to their data privacy laws over the last couple of years.