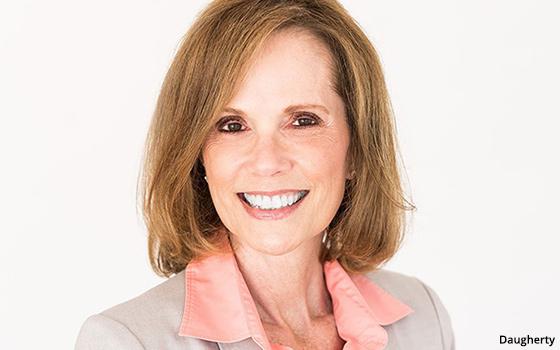 Daugherty, a 33-year veteran with the company, had been executive vice president of marketing for ABC Entertainment and ABC Studios since 2017. In that year, she succeeded ABC’s former longtime head of marketing, Marla Provencio.

ABC did not disclose whether there would be a replacement for Daugherty's position.

Though Feb. 3 of this year, ABC posted the largest increase in prime-time viewership -- 2%, to average 5.6 million Nielsen viewers per night --  among all major broadcast networks when it comes to entertainment/unscripted, non-sports programming.

In recent years, Daugherty worked on successful promotional campaigns for “The Good Doctor,” “A Million Little Things,” and a revival of “Roseanne,” which morphed into “The Conners.”

She began her ABC career in 1987 working on big ABC shows including “Grey’s Anatomy” and “Desperate Housewives.”

Before coming to ABC, Daugherty worked at the Fox Television Network and previosly at local TV stations with positions in production, marketing and programming.