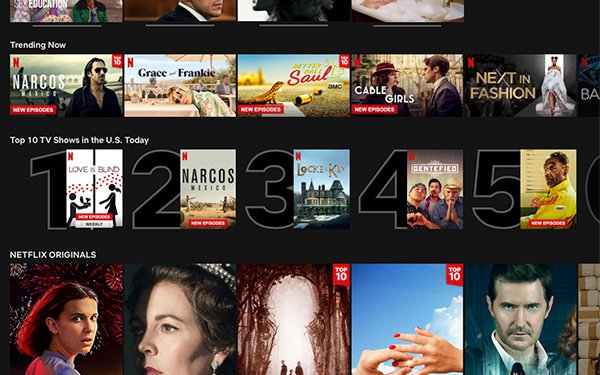 Netflix has added daily top-10 rankings of the most popular movies and TV shows within a given country to its service.

The company has been experimenting with rankings in markets including the U.K. and Mexico, and is now rolling them out worldwide.

In addition to an overall top 10 list, viewers will see separate lists for the top 10 most popular series and top 10 films when they click on the TV shows and movies tabs.

The lists are presented in a row format (shown). In addition to being updated each day, the positions of the rows will vary according to how relevant they are to the individual user household.

The shows and films making the list will also receive a special “top 10” badge wherever they appear on Netflix.

The company has been experimenting with the top 10 feature before today in markets including the U.K. and Mexico.